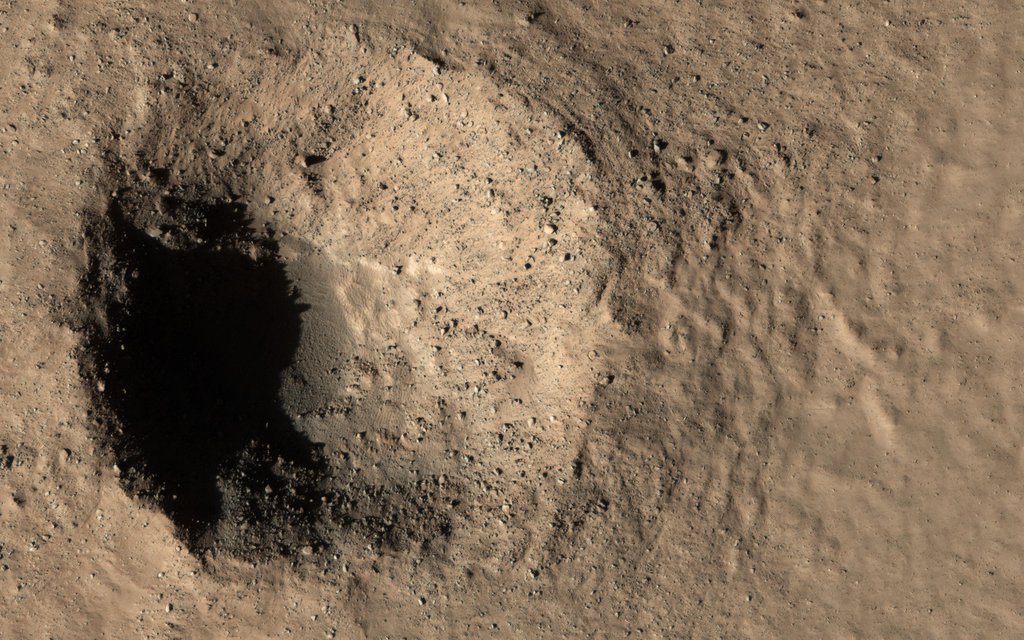 This image caught two different targets at once! In the top (northern) part there is a geologically-young crater about 300 meters in diameter, with rocky ejecta. The crater looks very fresh and steep and is not buried or filled in with the smooth deposits that cover the region. Craters like this tell us what is in the shallow subsurface and are very valuable for understanding the geology.

In the bottom (southern) part is a smaller crater, only about 15 meters across. This one is even younger, having formed between 2008 and 2010, when it was detected by MRO's Context Camera. The smaller crater exposed subsurface ice, and HiRISE has been re-imaging it to see how it changes as the ice slowly sublimates away. Compare this image to ESP_017926_2310 to see what has happened in the last decade!