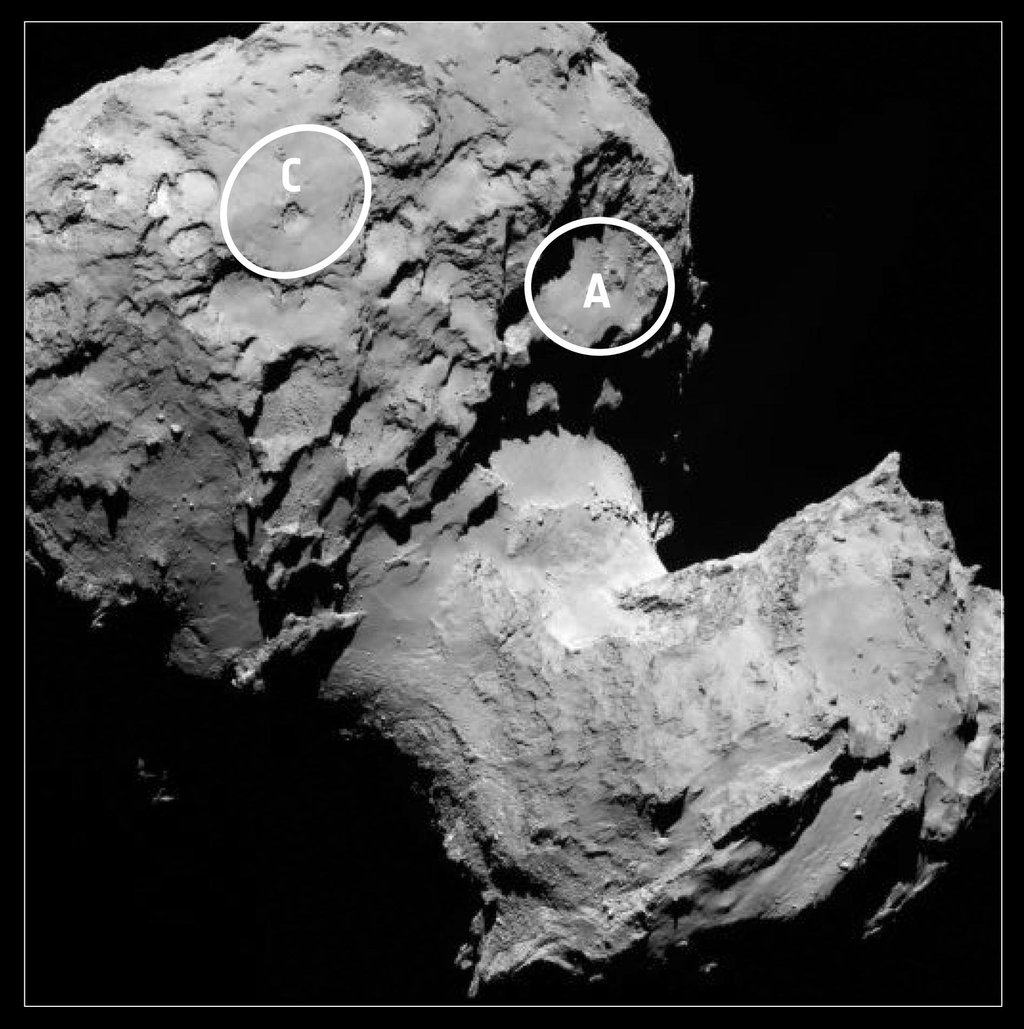 This annotated image depicts two of the five potential landing sites for the Rosetta mission's Philae lander. The sites (A and C) are located on the larger of the two lobes that make up comet 67P/Churyumov-Gerasimenko.

Five candidate landing sites were identified on Comet 67P/Churyumov-Gerasimenko during the Landing Site Selection Group meeting held August 23 - 24, 2014. The approximate locations of the five regions are marked on these OSIRIS narrow-angle camera images taken on August 16 from a distance of about 62 miles (100 kilometers). The comet nucleus is approximately 2.5 miles (4 kilometers) across. Each elliptical landing site covers about four-tenths of a square mile (one square kilometer).

The sites were assigned a letter from an original pre-selection of 10 possible sites identified A through J. The lettering scheme does not signify any ranking. Along with the two sites located on the large lobe, three sites (unseen in this image) are located on the smaller of the comet's two lobes.

Choosing the right landing site is a complex process. That site must balance the technical needs of the orbiter and lander during all phases of the separation, descent, and landing, and during operations on the surface with the scientific requirements of the 10 instruments on board Philae.