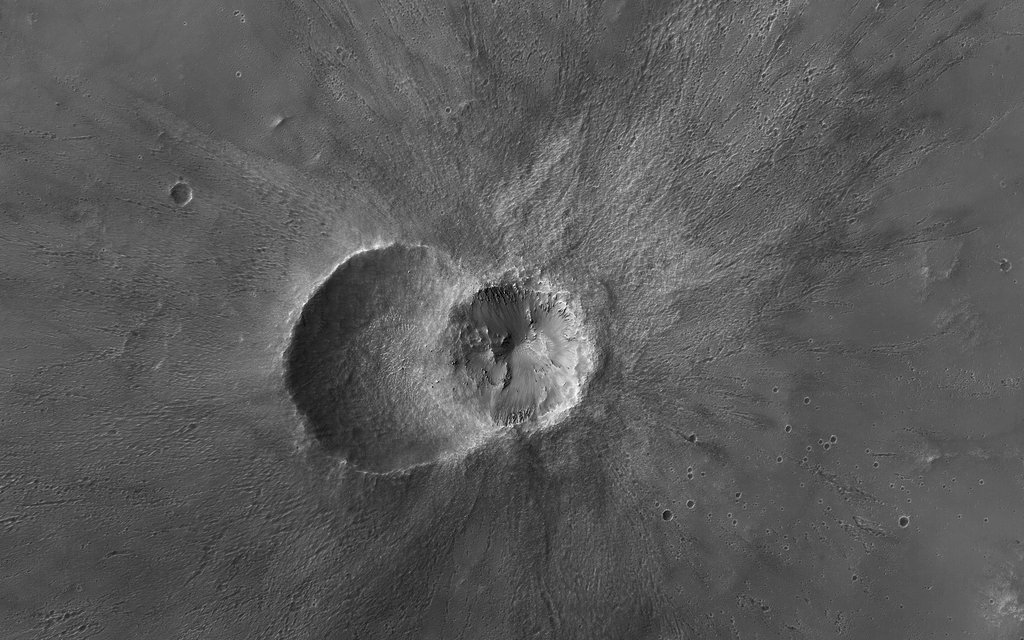 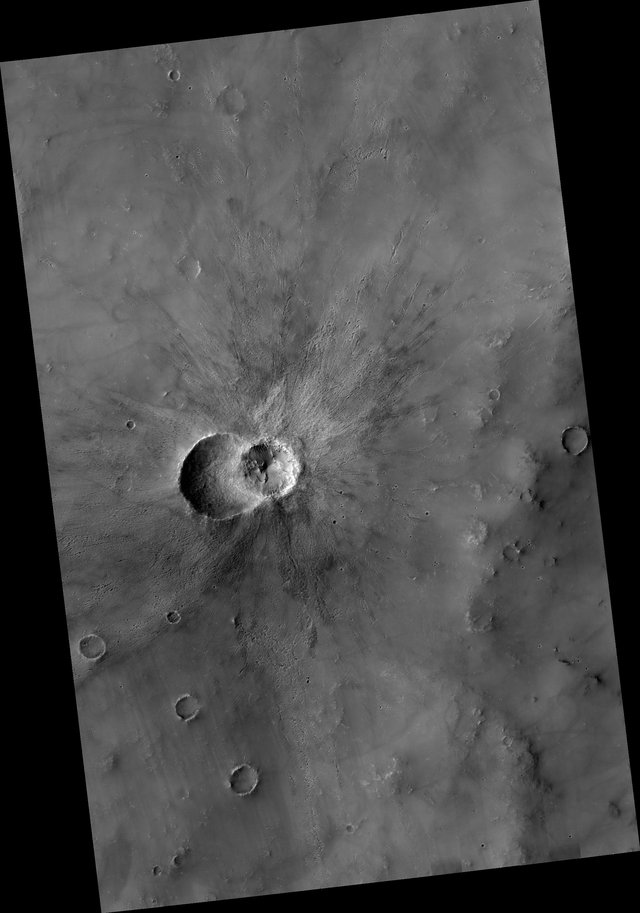 This image from NASA's Mars Reconnaissance Orbiter (MRO) shows two small impact craters located in Meridiani Planum. This is an example of the geologic principle of superposition: figuring out what happened first by looking at how features interact with each other. We can see that one of the craters must have hit the surface after the other was already there, but which came first?

We can see that the ejecta blankets look rougher on the right side of the image than they do on the left. This could mean that the right side ejecta is newer, and has not been exposed to the wind as much as the left side has.

Zooming in, we see small boulders on the floor and walls of the left-side crater, and they even seem to match the rough material in the ejecta on the right. With these clues, we can hypothesize that the crater on the left was here first. After some time another asteroid hit, formed the crater on the right, which threw material onto the floor of the left, where it remains to this day.