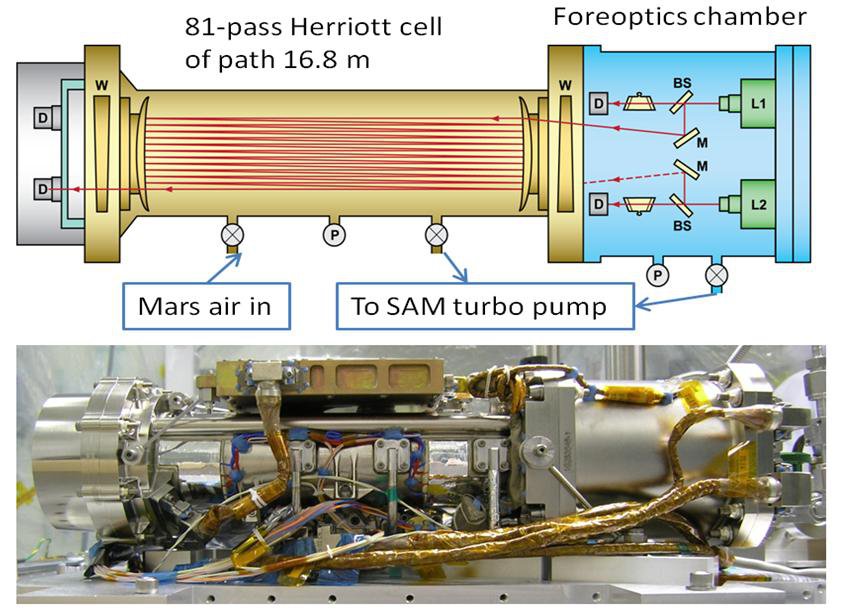 This graphic shows key features of the Tunable Laser Spectrometer (TLS), one of the instruments within the laboratory suite named Sample Analysis at Mars (SAM) aboard NASA's Curiosity Mars rover. The upper half of the graphic is a schematic illustration of TLS. The lower half is a photograph of it from before its installation into SAM.

By measuring absorption of light at specific wavelengths, TLS measures concentrations of methane, carbon dioxide and water vapor in the Martian atmosphere. It includes a chamber called a Herriott cell, where a laser beam at a precisely tuned wavelength is reflected between mirrors to bounce back and forth through the sample of gas being analyzed. The laser passes through the sample 81 times, for a total length of 55 feet (16.8 meters), which makes the absorption easier to measure than would otherwise be possible with such a compact instrument.