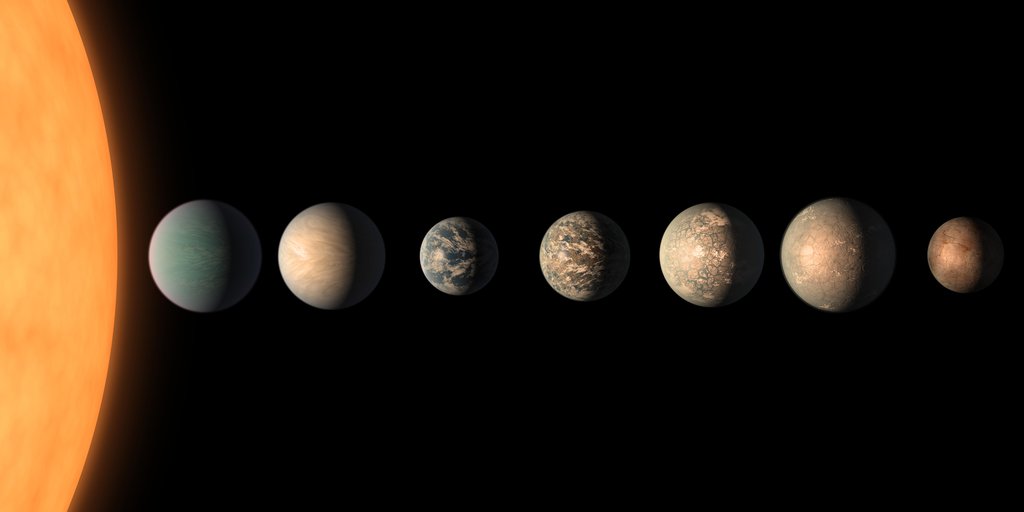 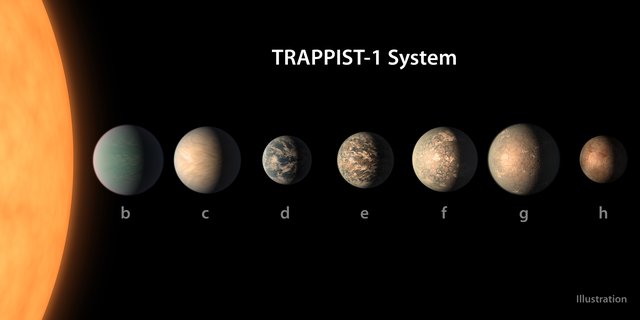 This artist's concept shows what the TRAPPIST-1 planetary system may look like, based on available data about the planets' diameters, masses and distances from the host star, as of February 2018.

This image represents an updated version of PIA21422, which was created in 2017. The planets' appearances were re-imagined based on a 2018 study using additional observations from NASA's Spitzer and Kepler space telescopes, in addition to previous data from Spitzer, the ground-based TRAPPIST (TRAnsiting Planets and PlanetesImals Small Telescope) telescope and other ground-based observatories. The system was named for the TRAPPIST telescope.

The new analysis concludes that the seven planets of TRAPPIST-1 are all rocky, and some could contain significant amounts of water. TRAPPIST-1 is an ultra-cool dwarf star in the constellation Aquarius, and its planets orbit very close to it.

In this illustration, the relative sizes of the planets and their host star, an ultracool dwarf, are all shown to scale.