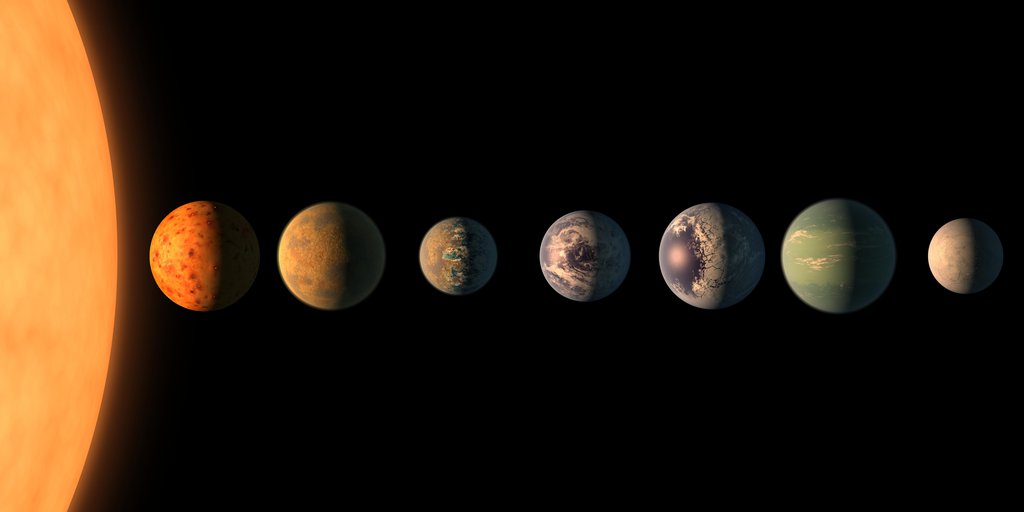 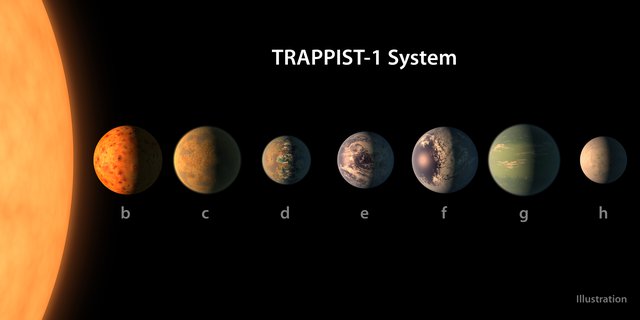 This artist's concept shows what the TRAPPIST-1 planetary system may look like, based on available data about the planets' diameters, masses and distances from the host star. The system has been revealed through observations from NASA's Spitzer Space Telescope and the ground-based TRAPPIST (TRAnsiting Planets and PlanetesImals Small Telescope) telescope, as well as other ground-based observatories. The system was named for the TRAPPIST telescope.

In the imagined planets shown here, TRAPPIST-1b is shown as a larger analogue to Jupiter's moon Io. TRAPPIST-1d is depicted with a narrow band of water near the terminator, the divide between a hot, dry day and an ice-covered night side. TRAPPIST-1e and TRAPPIST-1f are both shown covered in water, but with progressively larger ice caps on the night side. TRAPPIST-1g is portrayed with an atmosphere like Neptune's, although it is still a rocky world. TRAPPIST-1h, the farthest from the star, would be the coldest. It is portrayed here as an icy world, similar to Jupiter's moon Europa, but the least is known about it.