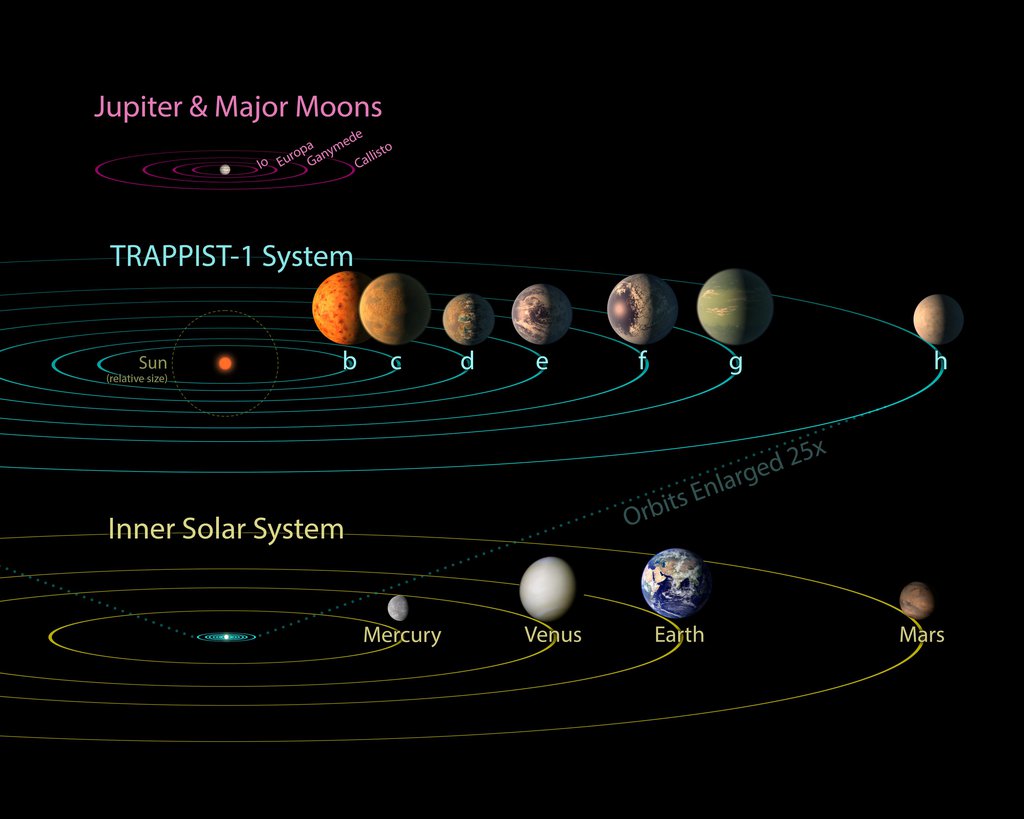 All seven planets discovered in orbit around the red dwarf star TRAPPIST-1 could easily fit inside the orbit of Mercury, the innermost planet of our solar system. In fact, they would have room to spare. TRAPPIST-1 also is only a fraction of the size of our sun; it isn't much larger than Jupiter. So the TRAPPIST-1 system's proportions look more like Jupiter and its moons than those of our solar system.