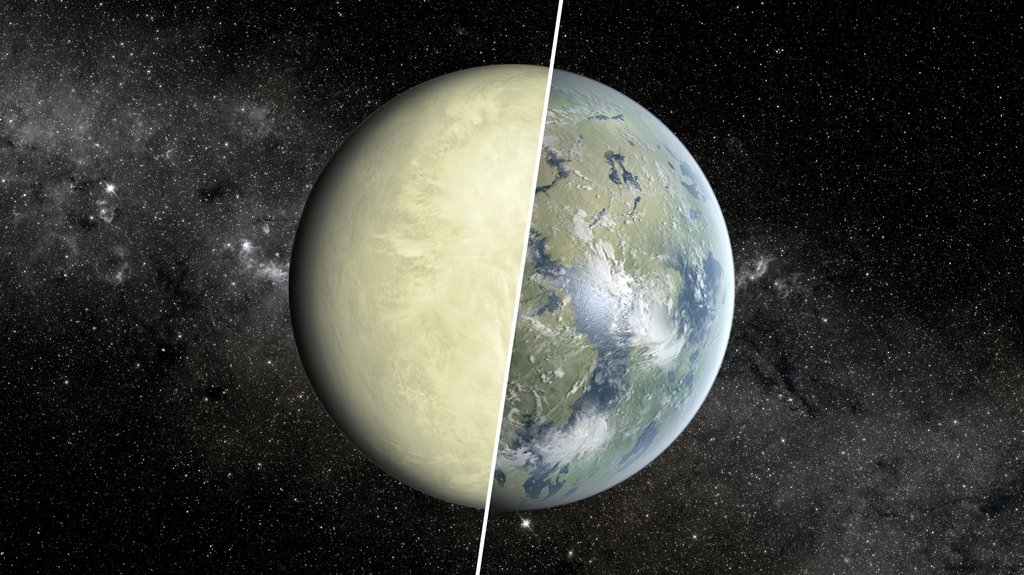 This artist's concept shows a Super Venus planet on the left, and a Super Earth on the right. Researchers use a concept known as the habitable zone to distinguish between these two types of planets, which exist beyond our solar system.

Super Venuses and Super Earths are similar to Venus and Earth, respectively, but larger in mass. Similar to our solar system's worlds, a Super Venus would most likely be a dry, toxic wasteland while a Super Earth might host oceans.

The habitable zone is the region around a star where liquid water -- an essential ingredient for life as we know it -- can pool on the surface. Earth lies within the habitable zone around our star. A recent study looked at the planet Kepler-69c, discovered by NASA's Kepler mission and originally thought to lie in its star's habitable zone. The planet is 1.7 times the size of Earth and lies 2,700 light-years away. The analysis showed that this planet lies just outside the inner edge of the zone, making it more of a Super Venus than a Super Earth. That means the planet is not a tropical paradise, but more likely scorching hot, with volcanic eruptions.

The search for planets as small as Earth, situated in the habitable zones of stars like our sun, is ongoing.