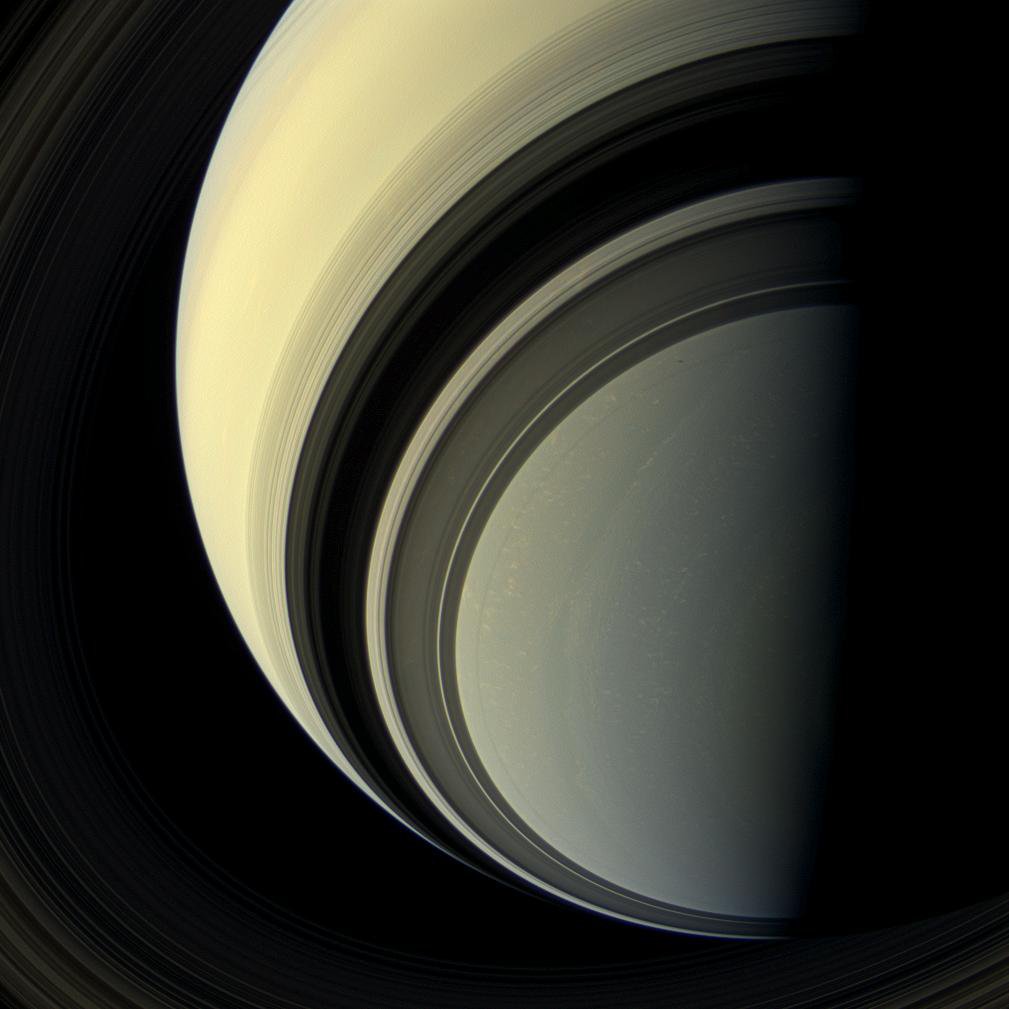 Winter is approaching in the southern hemisphere of Saturn and with this cold season has come the familiar blue hue that was present in the northern winter hemisphere at the start of NASA's Cassini mission. The changing blue hue that we have learned marks winter at Saturn is likely due to reduction of ultraviolet sunlight and the haze it produces, making the atmosphere clearer and increasing the opportunity for Rayleigh scattering (scattering by molecules and smaller particles) and methane absorption: both processes make the atmosphere blue. The small black dot seen to the right and up from image center, within the ring shadows of the A and F rings, is the shadow of the moon, Prometheus. For an image showing winter in the northern hemisphere see PIA08166.

This view looks toward the unilluminated side of the rings from about 44 degrees below the ring plane. Images taken using red, green and blue spectral filters were combined to create this natural color view. The images were taken with the Cassini spacecraft wide-angle camera on July 29, 2013.

This view was acquired at a distance of approximately 1.003 million miles (1.615 million kilometers) from Saturn. Image scale is 58 miles (93 kilometers) per pixel.