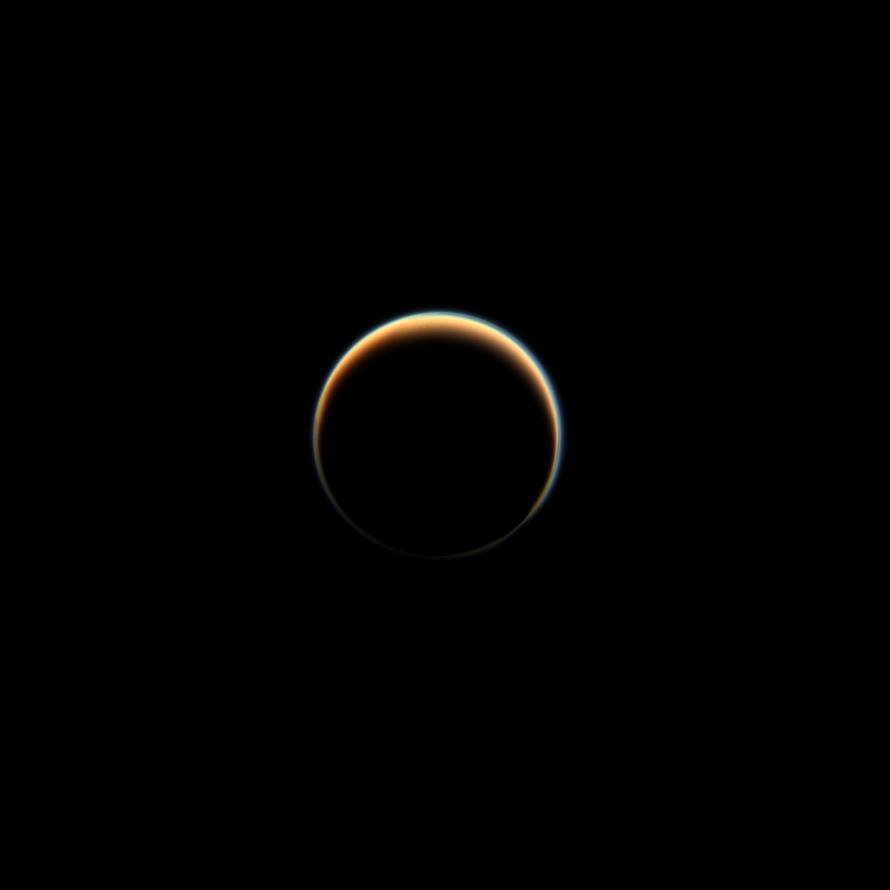 NASA's Cassini spacecraft looks towards the dark side of Saturn's largest moon, Titan, capturing the blue halo caused by a haze layer that hovers high in the moon's atmosphere. The haze that permeates Titan's atmosphere scatters sunlight and produces the orange color seen here. More on Titan's orange and blue hazes can be found at PIA14913.

This view looks towards the side of Titan (3,200 miles or 5,150 kilometers across) that leads in its orbit around Saturn. North on Titan is up and rotated 40 degrees to the left. Images taken using red, green and blue spectral filters were combined to create this natural-color view. The images were taken with the Cassini spacecraft narrow-angle camera on Nov. 3, 2013.

The view was acquired at a distance of approximately 2.421 million miles (3.896 million kilometers) from Titan. Image scale is 14 miles (23 kilometers) per pixel.