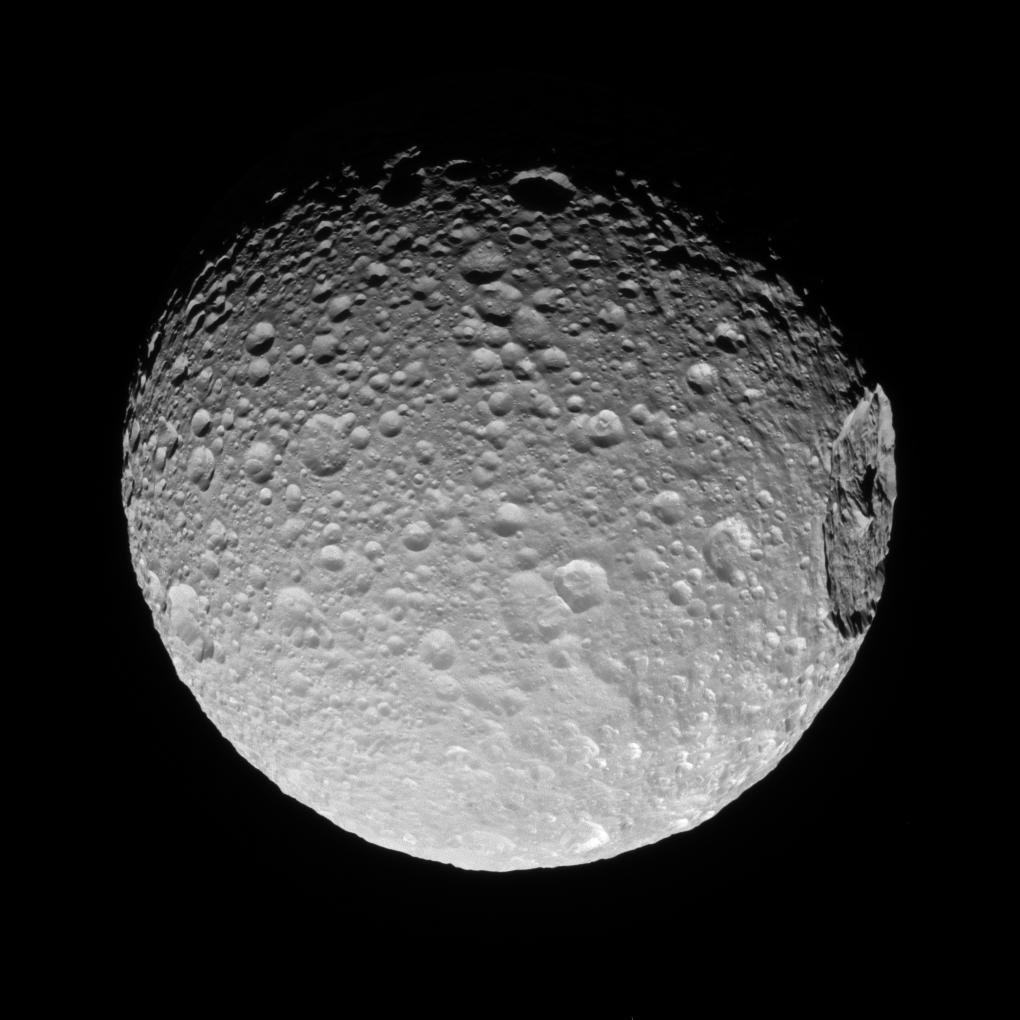 Mimas' gigantic crater Herschel lies near the moon's limb in this Cassini view.

A big enough impact could potentially break up a moon. Luckily for Mimas, whatever created Herschel was not quite big enough to cause that level of disruption.

When large impacts happen, they deliver tremendous amounts of energy -- sometimes enough to cause global destruction. Even impacts that are not catastrophic can leave enormous, near-permanent scars on bodies like Mimas (246 miles or 396 kilometers across).

This view looks toward the anti-Saturn hemisphere of Mimas. North on Mimas is up and rotated 32 degrees to the left. The image was taken in visible light with the Cassini spacecraft narrow-angle camera on Nov. 19, 2016.