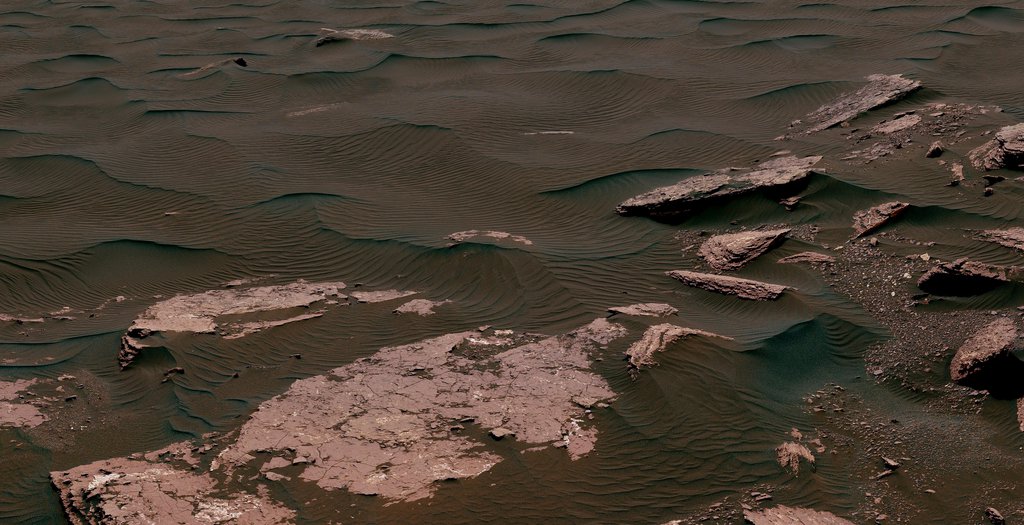 This view from the Mast Camera (Mastcam) on NASA's Curiosity Mars rover shows two scales of ripples, plus other textures, in an area where the mission examined a linear-shaped dune in the Bagnold dune field on lower Mount Sharp.

Crests of the longer ripples visible in the dark sand of the dune are several feet (a few meters) apart. This medium-scale feature in active sand dunes on Mars was one of Curiosity's findings at the crescent-shaped dunes that the rover examined in late 2015 and early 2016. Ripples that scale are not seen on Earth's sand dunes. Overlaid on those ripples are much smaller ripples, with crests about ten times closer together.

Textures of the local bedrock in the foreground -- part of the Murray formation that originated as lakebed sediments -- and of gravel-covered ground (at right) are also visible. The image has been white-balanced so that the colors of the colors of the rock and sand materials resemble how they would appear under daytime lighting conditions on Earth.