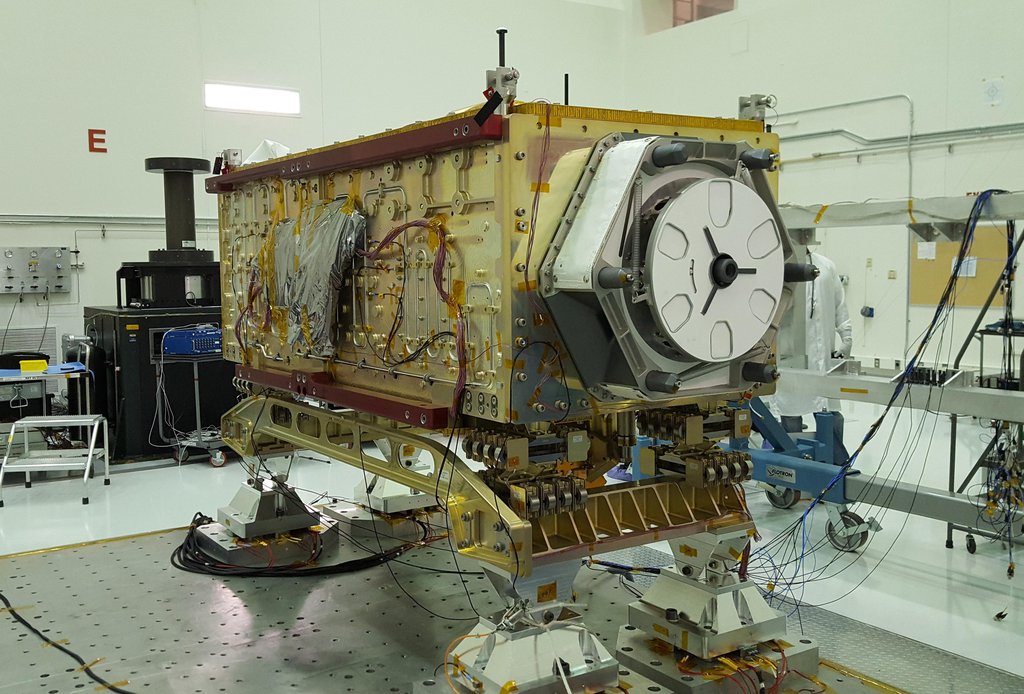 OCO-3 sits on the large vibration table (known as the "shaker") in the Environmental Test Lab at the Jet Propulsion Laboratory. The exposed wires lead to sensors used during dynamics and thermal-vacuum testing. Thermal blankets will be added to the instrument at Kennedy Space Center, where a Space-X Dragon capsule carrying OCO-3 will launch in on a Falcon 9 rocket to the space station on May 1, 2019.

JPL manages OCO-3 for NASA's Science Mission Directorate in Washington. The science instrument was built by JPL. The OCO-3 project is part of the Earth System Science Pathfinder Program, directed by the program director of the NASA Earth Science Division.