Taken Under the 'Wing' of the Small Magellanic Cloud 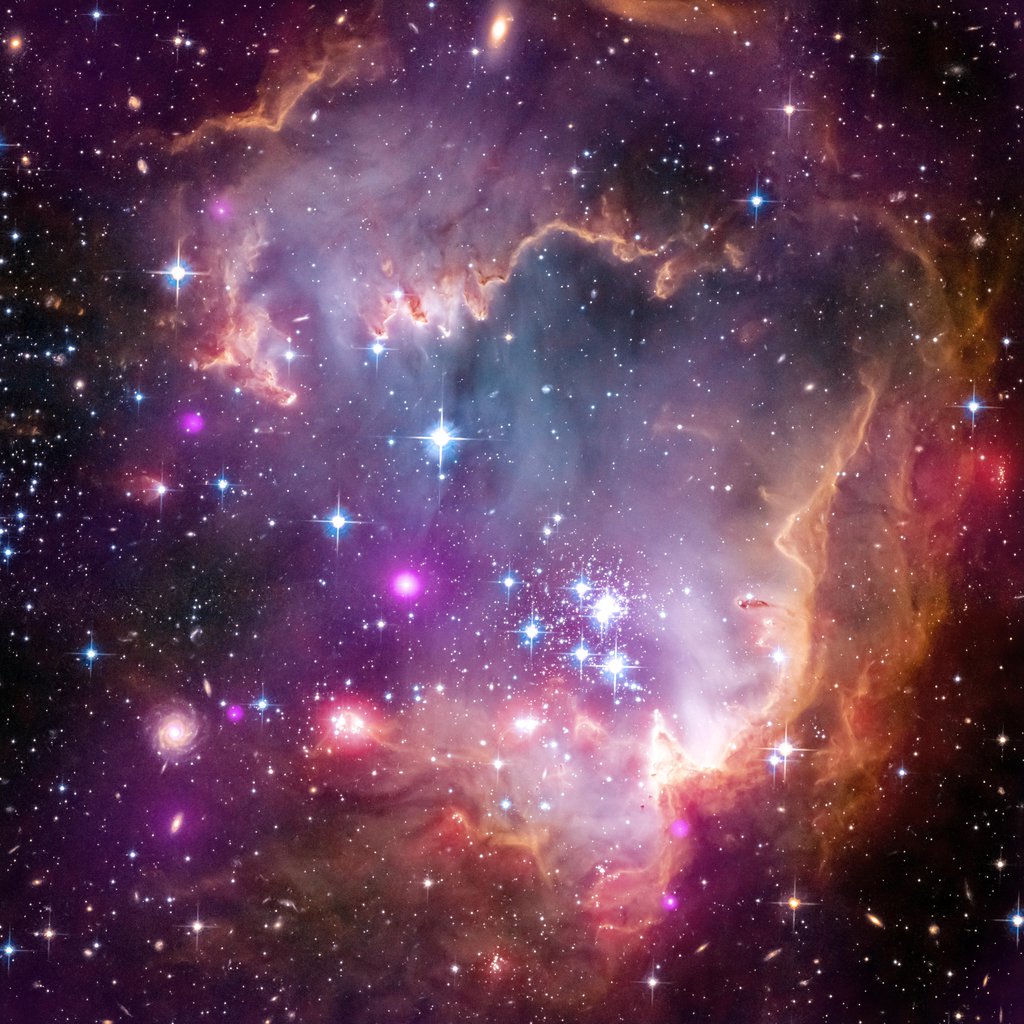 The spiral galaxy seen in the lower corner is actually behind this nebula. Other distant galaxies located hundreds of millions of light-years or more away can be seen sprinkled around the edge of the image.

The SMC is one of the Milky Way's closest galactic neighbors. Even though it is a small, or so-called dwarf galaxy, the SMC is so bright that it is visible to the unaided eye from the Southern Hemisphere and near the equator. Many navigators, including Ferdinand Magellan who lends his name to the SMC, used it to help find their way across the oceans.

Modern astronomers are also interested in studying the SMC (and its cousin, the Large Magellanic Cloud), but for very different reasons. Because the SMC is so close and bright, it offers an opportunity to study phenomena that are difficult to examine in more distant galaxies. New Chandra data of the SMC have provided one such discovery: the first detection of X-ray emission from young stars, with masses similar to our sun, outside our Milky Way galaxy.