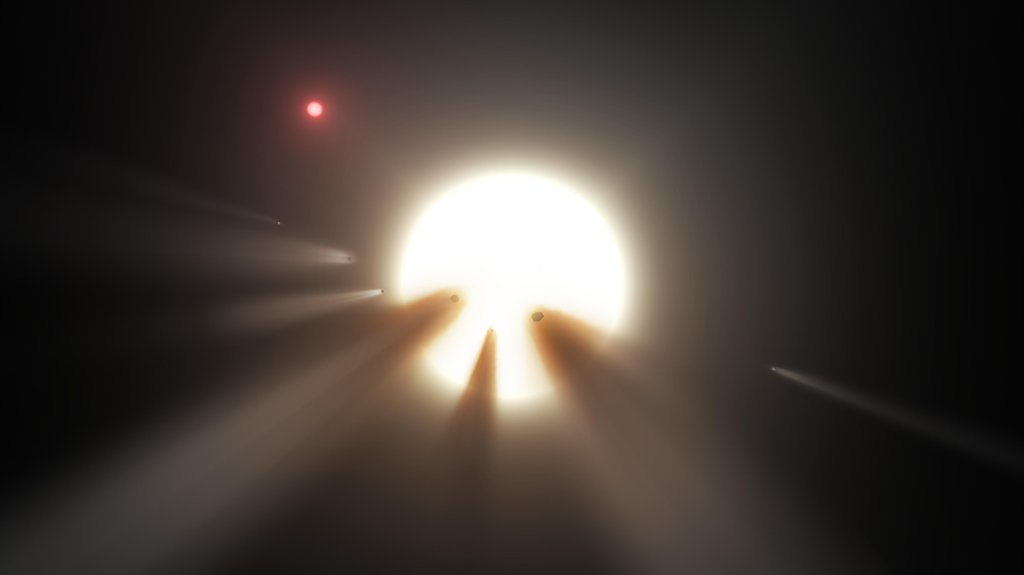 This illustration shows a star behind a shattered comet. Observations of the star KIC 8462852 by NASA's Kepler and Spitzer space telescopes suggest that its unusual light signals are likely from dusty comet fragments, which blocked the light of the star as they passed in front of it in 2011 and 2013. The comets are thought to be traveling around the star in a very long, eccentric orbit.