Supercam's Mars Meteorite Aboard the ISS 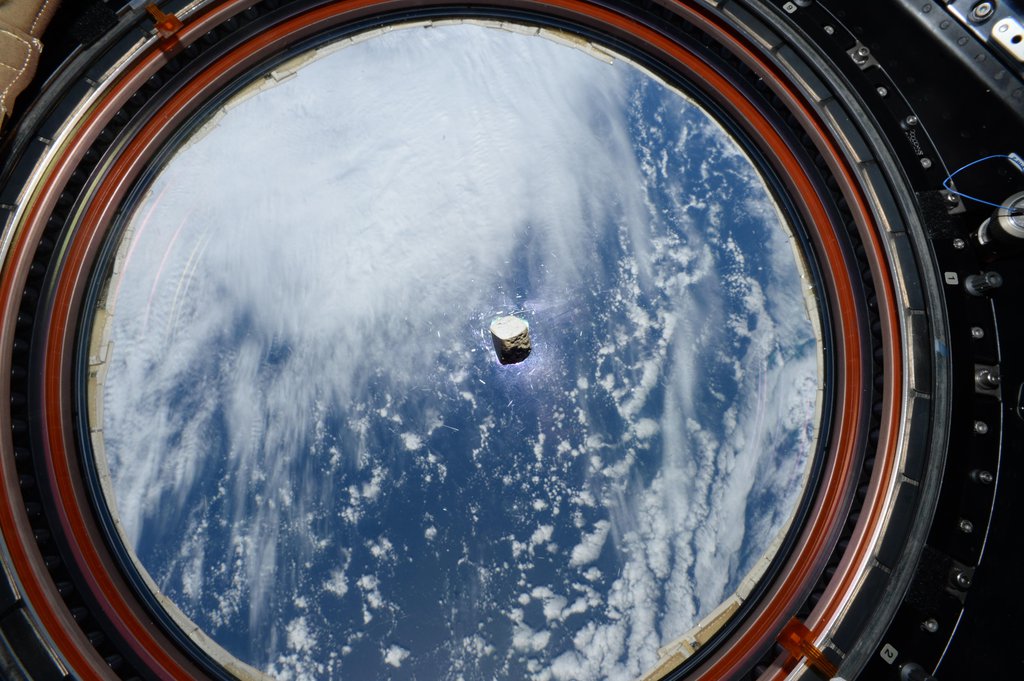 This slice of a Martian meteorite, seen floating inside the International Space Station, is now part of a calibration target for SuperCam, one of the instruments aboard NASA's Perseverance Mars rover. A piece of a different Martian meteorite is part of the calibration target for the instrument known as SHERLOC (Scanning Habitable Environments with Raman & Luminescence for Organics & Chemicals). Scientists use calibration targets as a kind of default they can use to check and fine-tune the settings of their instruments. A small number of meteorites on Earth have been determined to have originated on Mars based on mineral and chemical analyses by past NASA spacecraft.

SuperCam's Mast Unit was developed and built by several laboratories of the French National Centre for Scientific Research (CNRS) and French universities under the contracting authority of Centre National d'Etudes Spatiales, the French space agency. Calibration targets on the rover's deck are provided by Spain's University of Valladolid and France.

NASA's Jet Propulsion Laboratory in Southern California built and will manage operations of the Perseverance rover for the NASA Science Mission Directorate at the agency's headquarters in Washington.