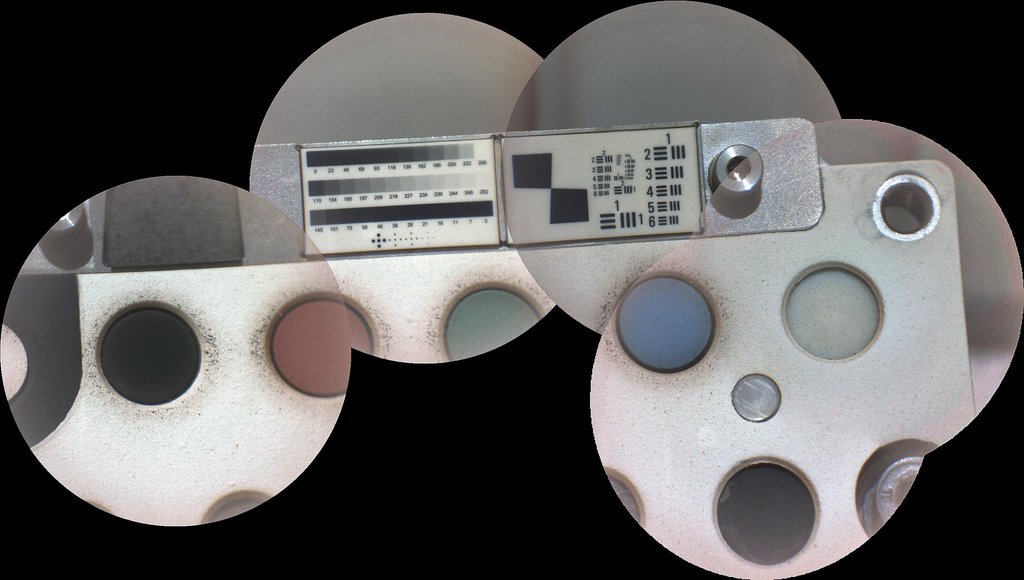 Stitched together from five images, this mosaic shows the calibration target for the SuperCam instrument aboard NASA's Perseverance rover on Mars. The component images were taken by SuperCam's remote micro-imager (RMI) on March 1, 2, and 4, 2021 (the 11th, 12th, and 13th Martian days, or sols, of Perseverance's mission on Mars). This calibration target includes visual elements for adjusting the focus of the RMI, and various samples for the calibration of the instrument's four spectrometers.

The RMI can observe dust grains as small as 4 thousandths of an inch (100 microns) on SuperCam's calibration targets on the back of the rover. The rover landed in Mars' Jezero Crater on Feb. 18, 2021. Each image has a field of view 1 1/8 inch (2.9 centimeter) in diameter.