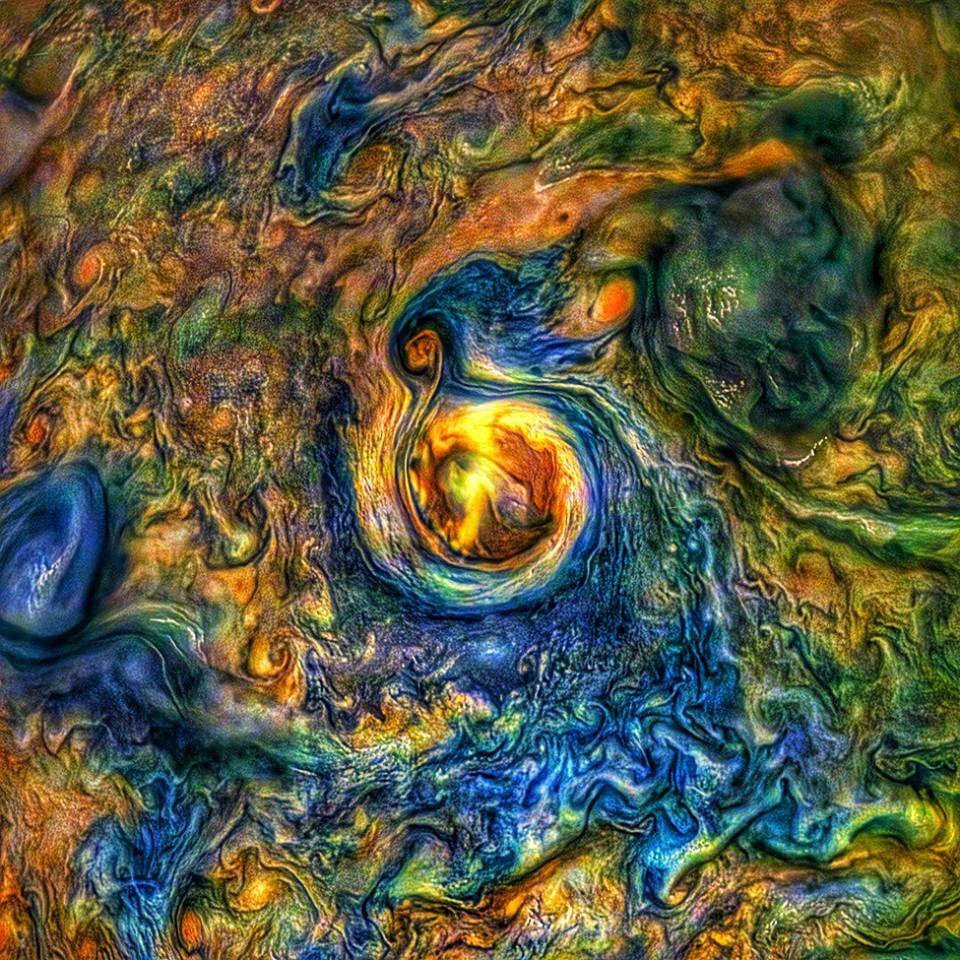 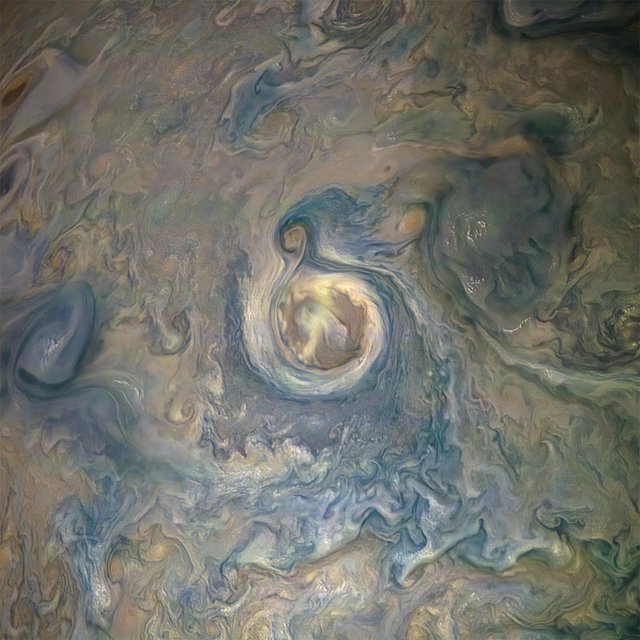 In the skillful hands of artist Sean Dorán the color of this Jovian storm taken by the JunoCam imager is enhanced to provide a sense of depth. Building on Sean Dorán's creation the exaggerated color rendition contributed by artist MEO_23 brings out even more detail.

It is not unusual for our contributors to build on each others work — the raw JunoCam image was first processed by Gerald Eichstädt. Sean Dorán enhanced the color and zoomed in on the most beautiful storm in the image. The contributor known as MEO_23 in turn exaggerated the color in Dorán's version (contributors can decide whether to use their own names or a system-provided name).

Beyond being beautiful art these types of color enhancement are also useful for scientific analysis. Enhanced and exaggerated colors draw the eyes to features that are observable in the unprocessed images, but not obvious. High hazes obscuring cloud decks below can be seen in the enhanced color version provided by Dorán. Subtle curves and structures are suddenly clearly areas of turbulence in exaggerated color. The small bright pop-up clouds leap from the artists' canvas.

The original JunoCam image used to produce this view was taken on July 21, 2019, during Juno's 20th science pass from an altitude of about 9,200 miles (14,800 kilometers) above Jupiter's cloud tops. Citizen scientists Gerald Eichstädt, Sean Dorán, and a contributor identified as MEO_23 processed the image to enhance and exaggerate the color and contrast.