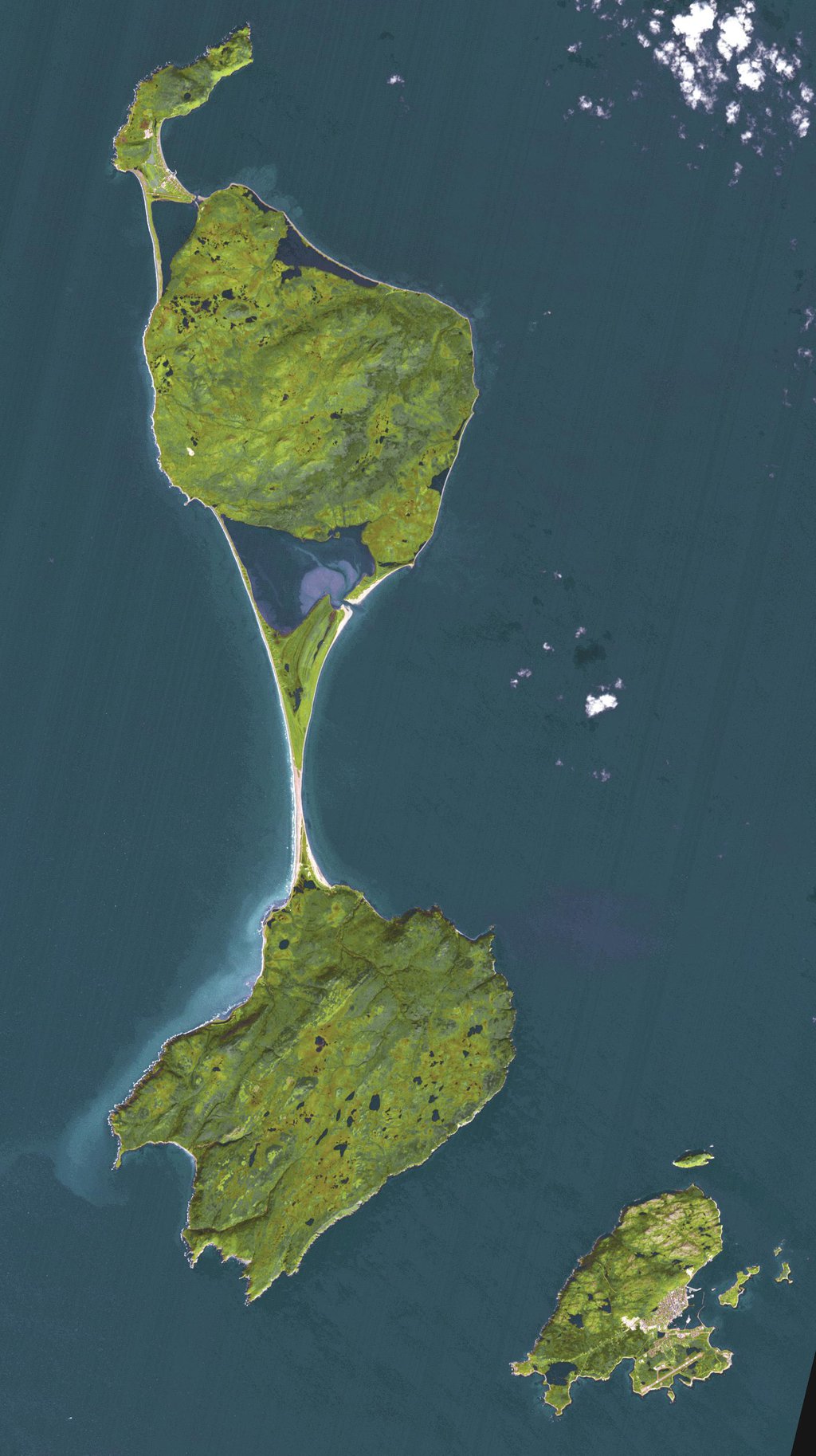 The Territorial Collectivity of Saint-Pierre and Miquelon is a self-governing overseas collectivity of France, off the southern coast of Newfoundland. It is the last remaining part of New France in North America to retain French sovereignty; its 6000 residents are French citizens. During the early part of its 500 year history, the island changed ownership numerous times between France and Britain. Only in 1816 were the islands permanently claimed by France, and French settlers came from Brittany, Normandy, and the Basque areas. The image was acquired September 27, 2011, covers an area of 25.5 by 45.6 km, and is located at 46.9 degrees north, 56.4 degrees west.