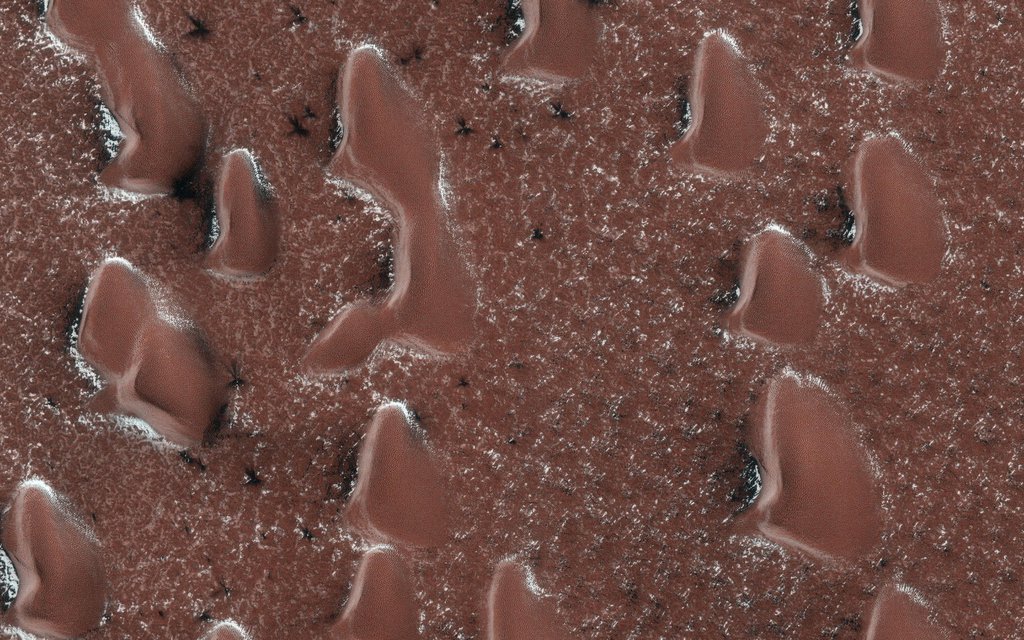 The sun is rising in Mars' Northern Hemisphere, and spring activity is starting as the seasonal polar cap begins to sublimate (going from ice directly to gas). A layer of dry ice covers the sand dunes in this image.

Gas jets sprout through the ice layer carrying dust and sand from the surface, showing up as dark fans. At this time in early Martian spring, the fans are visible between the sand dunes. The ground between the dunes is on the scale of tens of centimeters, and ice in places where the sun hits more directly will thin fastest, releasing the jets. Later, the ice over and around the dunes will rupture and more fans will appear on the dunes.