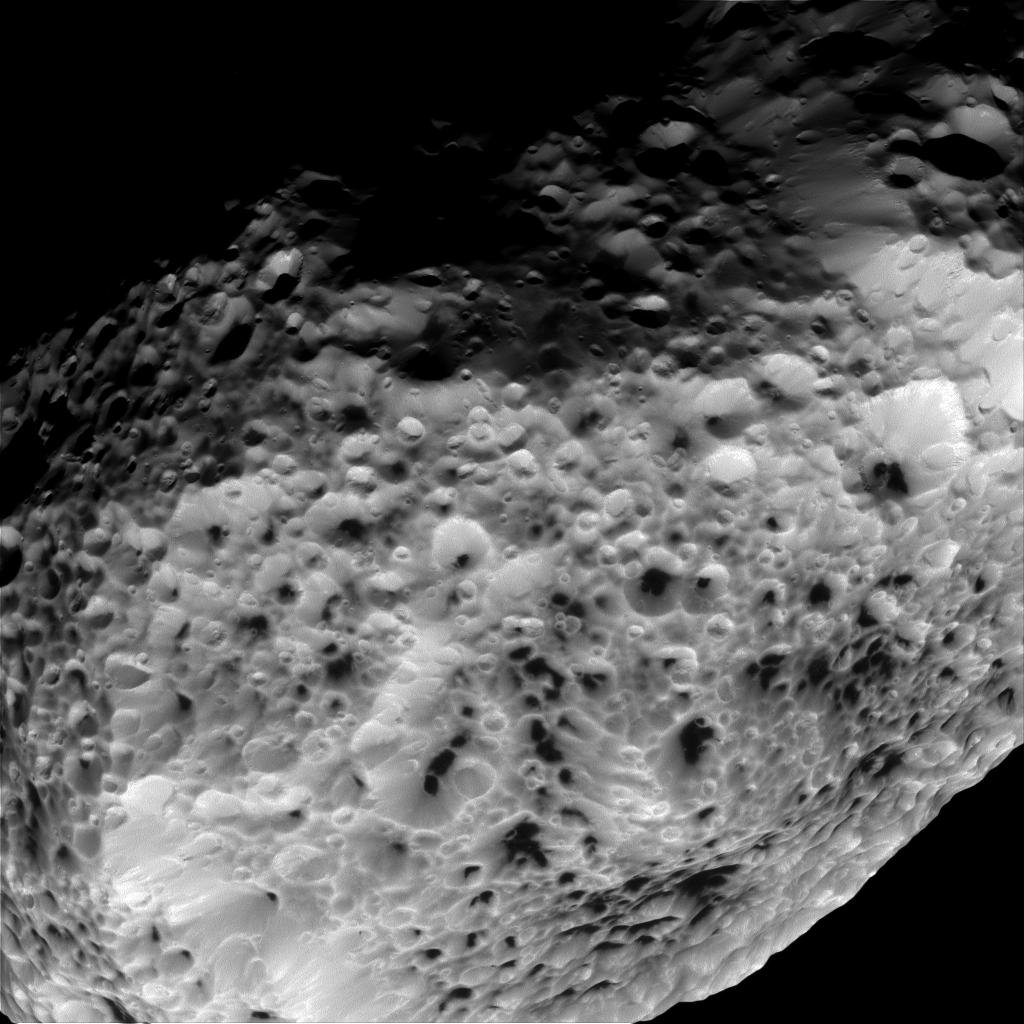 North on Hyperion is up and rotated 34 degrees to the left. The image was taken in visible light with the Cassini spacecraft narrow-angle camera on May 31, 2015.

The view was acquired at a distance of approximately 24,000 miles (38,000 kilometers) from Hyperion and at a Sun-Hyperion-spacecraft, or phase, angle of 46 degrees. Image scale is 755 feet (230 meters) per pixel.