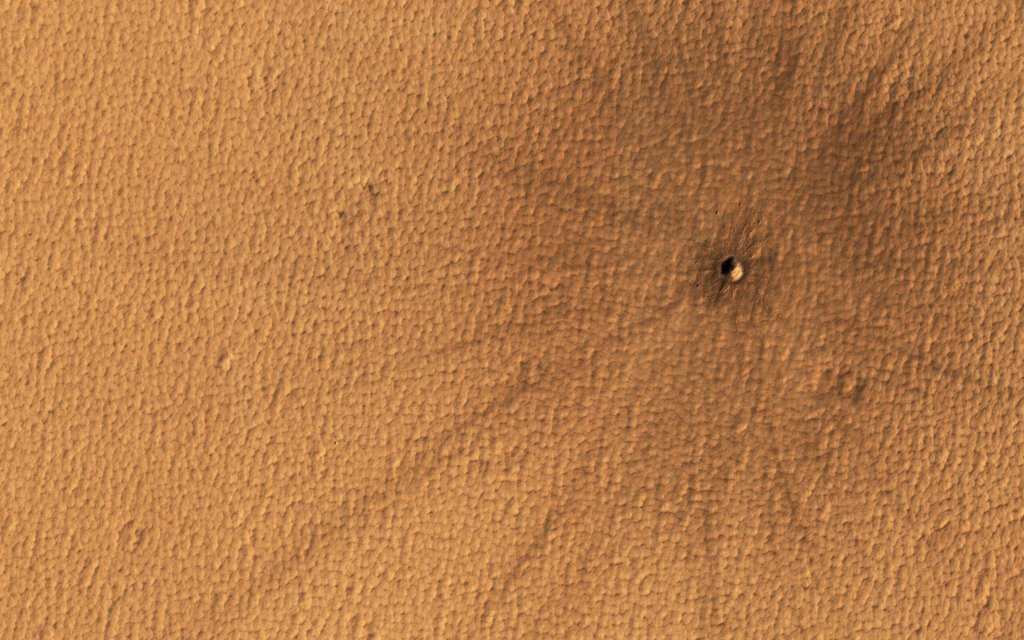 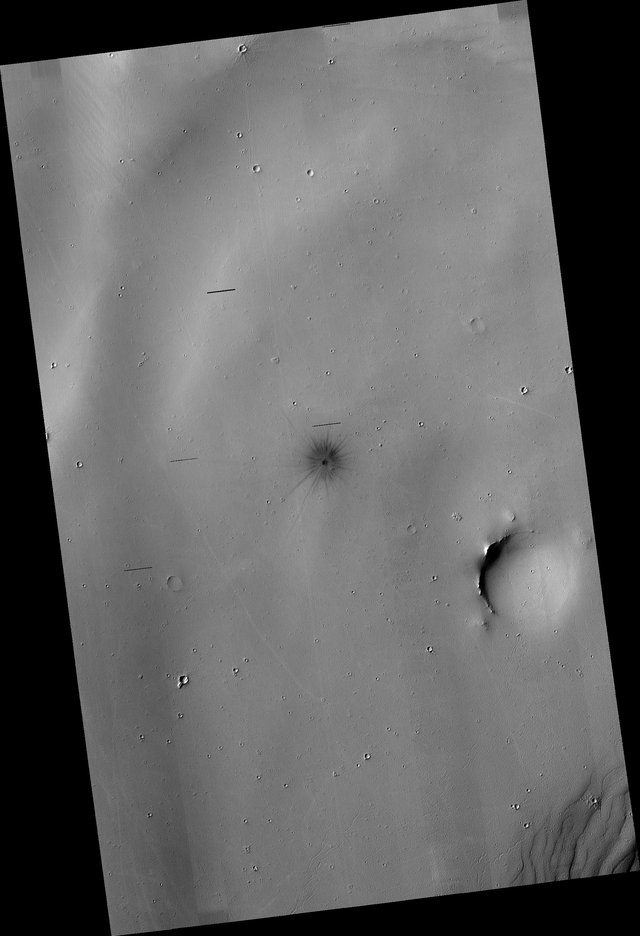 Mars and the Earth run into debris in space regularly, and on our planet, meteors usually vaporize in the atmosphere.

On Mars however, with a surface pressure 1/100th that of the Earth, the impactors generally make it to the surface. This particular impact took place on Mars sometime in the last 5 years. Although the crater is small, the rays of ejecta thrown out by the impact are easy to spot, stretching out almost a kilometer.