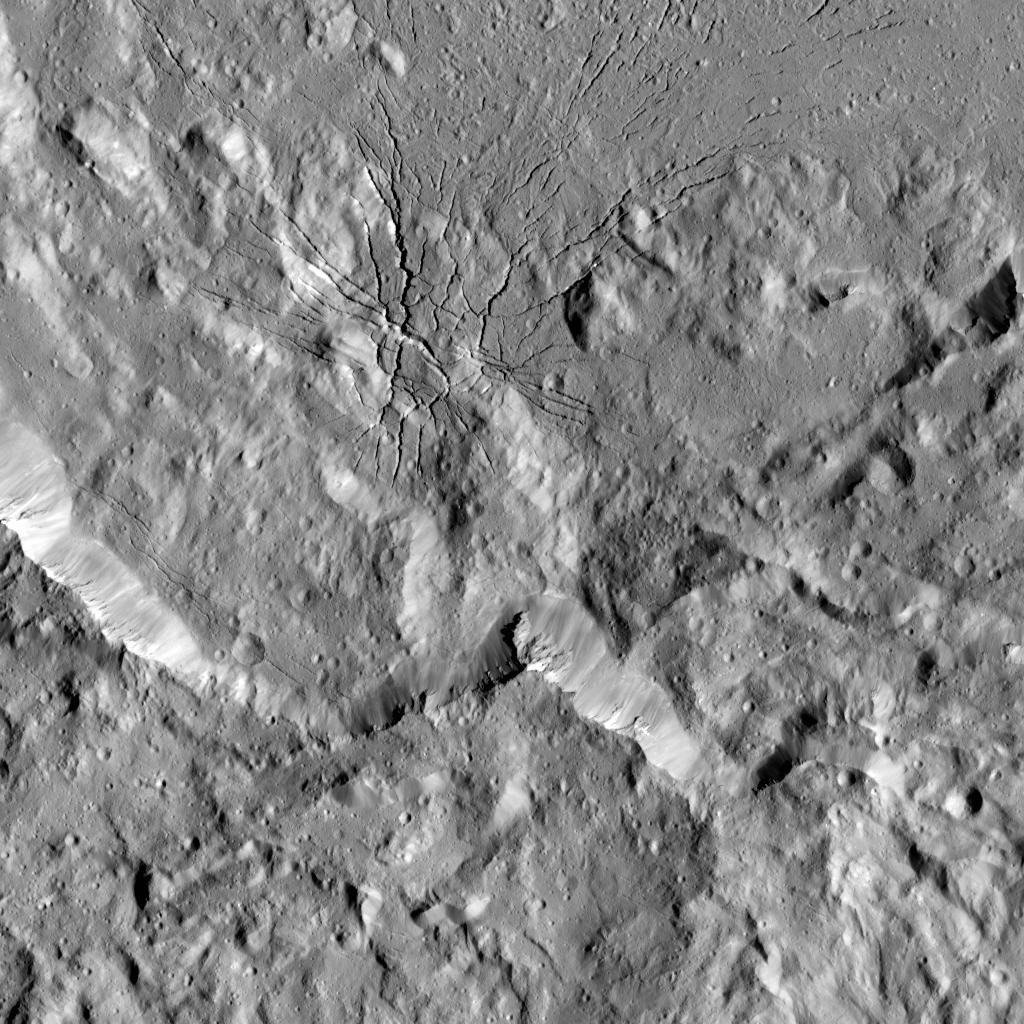 This image shows a complex set of fractures found in the southwestern region of the floor of Occator Crater on Ceres. In this picture, north is at the top.

The two intersecting fracture systems (roughly northwest-southeast and southwest-northeast) are part of a larger fault network that extends across Occator's floor. These fractures have been interpreted as evidence that material came up from below and formed a dome shape, as if a piston was pushing Occator's floor from beneath the surface. This may be due to the upwelling of material coming from Ceres' deep interior. An alternative hypothesis is that the deformation is due to volume changes inside a reservoir of icy magma in the shallow subsurface that is in the process of freezing, similar to the change in volume that a bottle of water experiences when put in a freezer.

Another set of fractures can be seen parallel to the southwestern wall and is not connected to the Occator fracture network.

Dawn took this image during its extended mission on August 17, 2016, from its low-altitude mapping orbit, at a distance of about 240 miles (385 kilometers) above the surface. The image resolution is 120 feet (35 meters) per pixel. The center coordinates are 16 degrees north in latitude and 237 east in longitude.