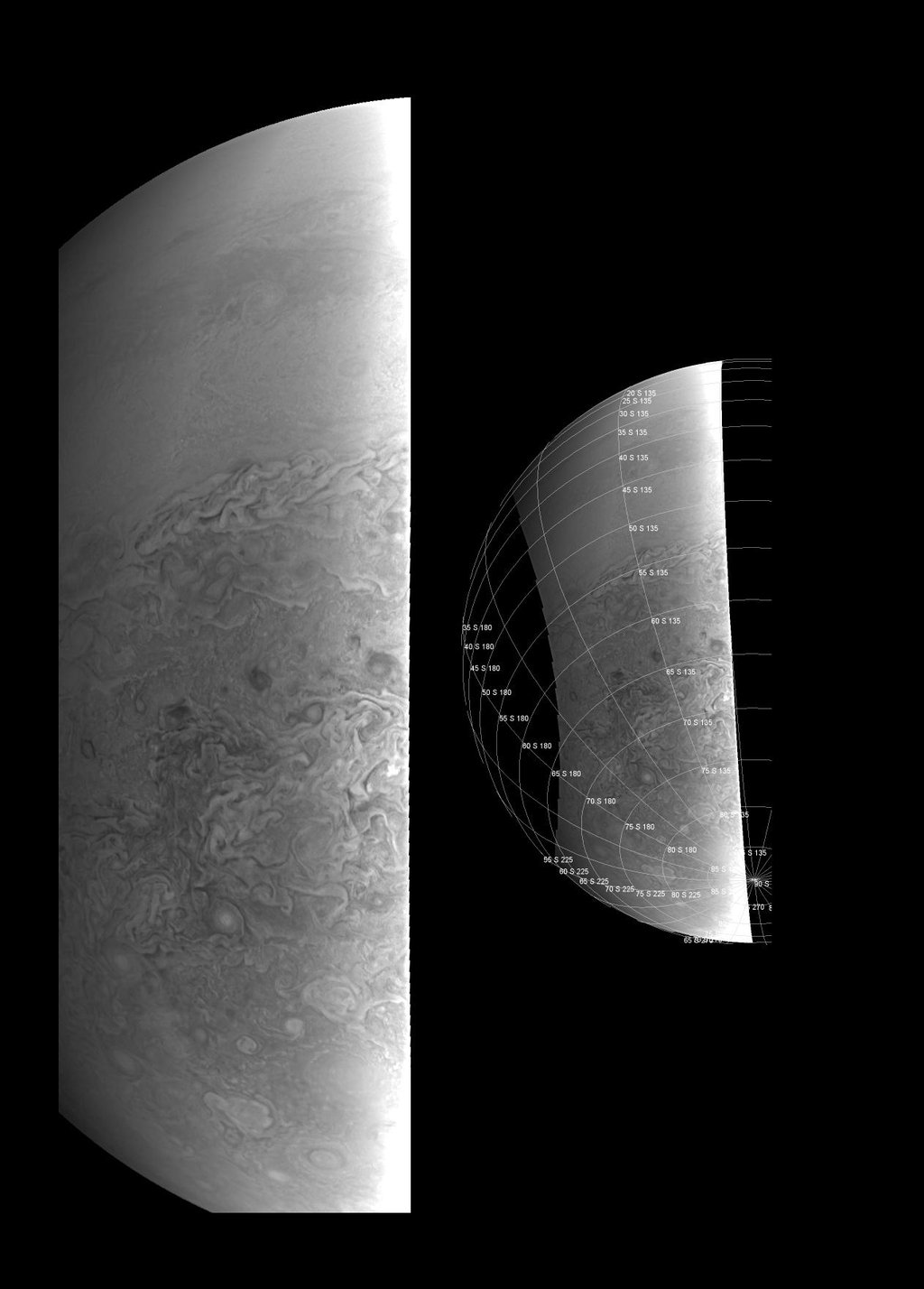 This image provides a close-up view of Jupiter's southern hemisphere, as seen by NASA's Juno spacecraft on August 27, 2016. The JunoCam instrument captured this image with its red spectral filter when the spacecraft was about 23,600 miles (38,000 kilometers) above the cloud tops.

The image covers an area from close to the south pole to 20 degrees south of the equator, centered on a longitude at about 140 degrees west. The transition between the banded structures near the equator and the more chaotic polar region (south of about 65 degrees south latitude) can be clearly seen.

The smaller version at right of this image shows the same view with a latitude/longitude grid overlaid.

This image has been processed to remove shading effects near the terminator -- the dividing line between day and night -- caused by Juno's orbit.