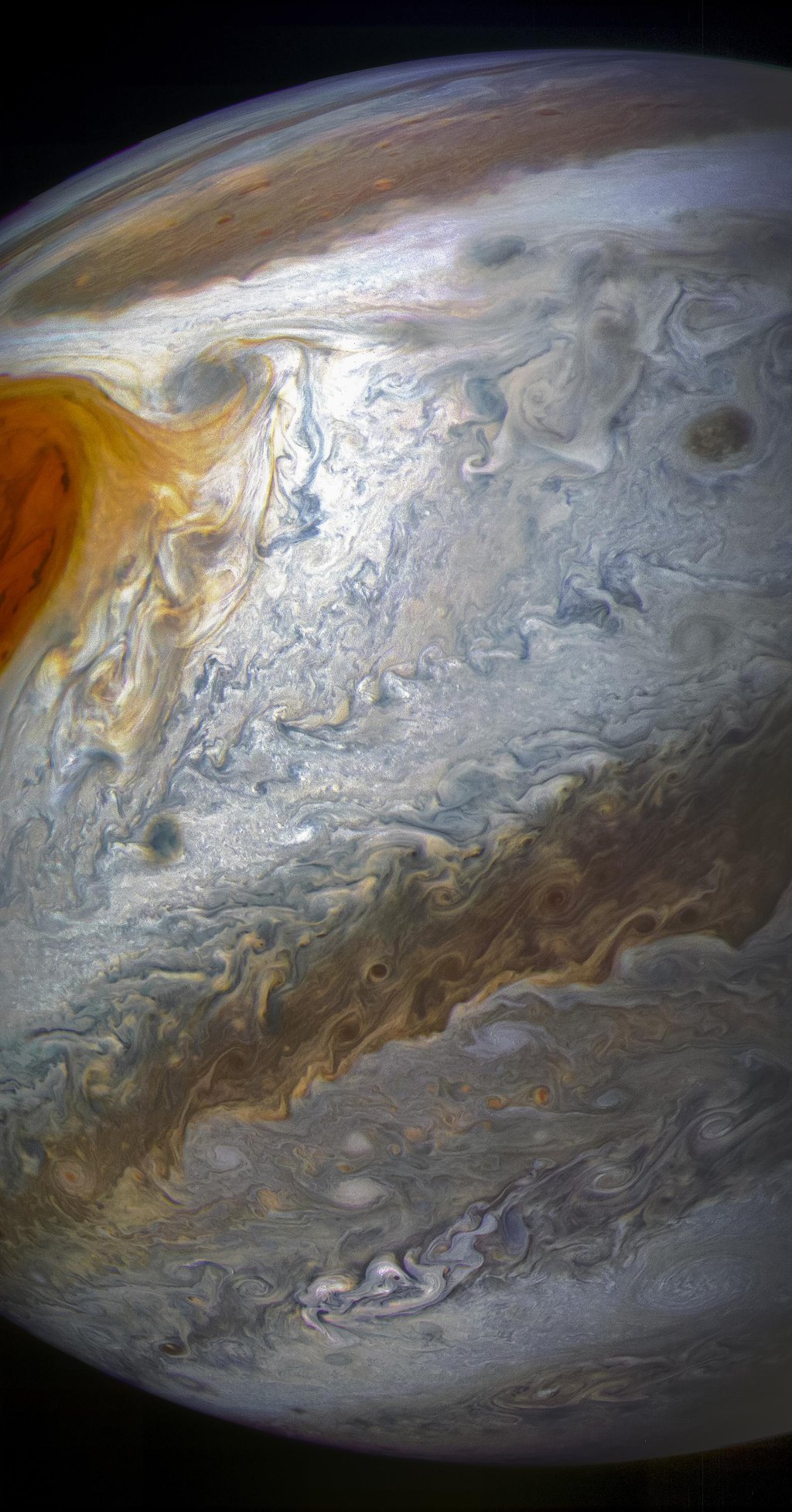 A south tropical disturbance that has just passed Jupiter's iconic Great Red Spot is captured in this color-enhanced image from NASA's Juno spacecraft. Threads of orange haze are pulled from the Great Red Spot by the turbulence of the south tropical disturbance. The image was taken at 3:04 a.m. PDT (6:04 p.m. EDT) on April 1, 2018, as the spacecraft performed its 12th close flyby of Jupiter.