Some Gullies on Mars Could Be Tracks of Sliding Dry Ice 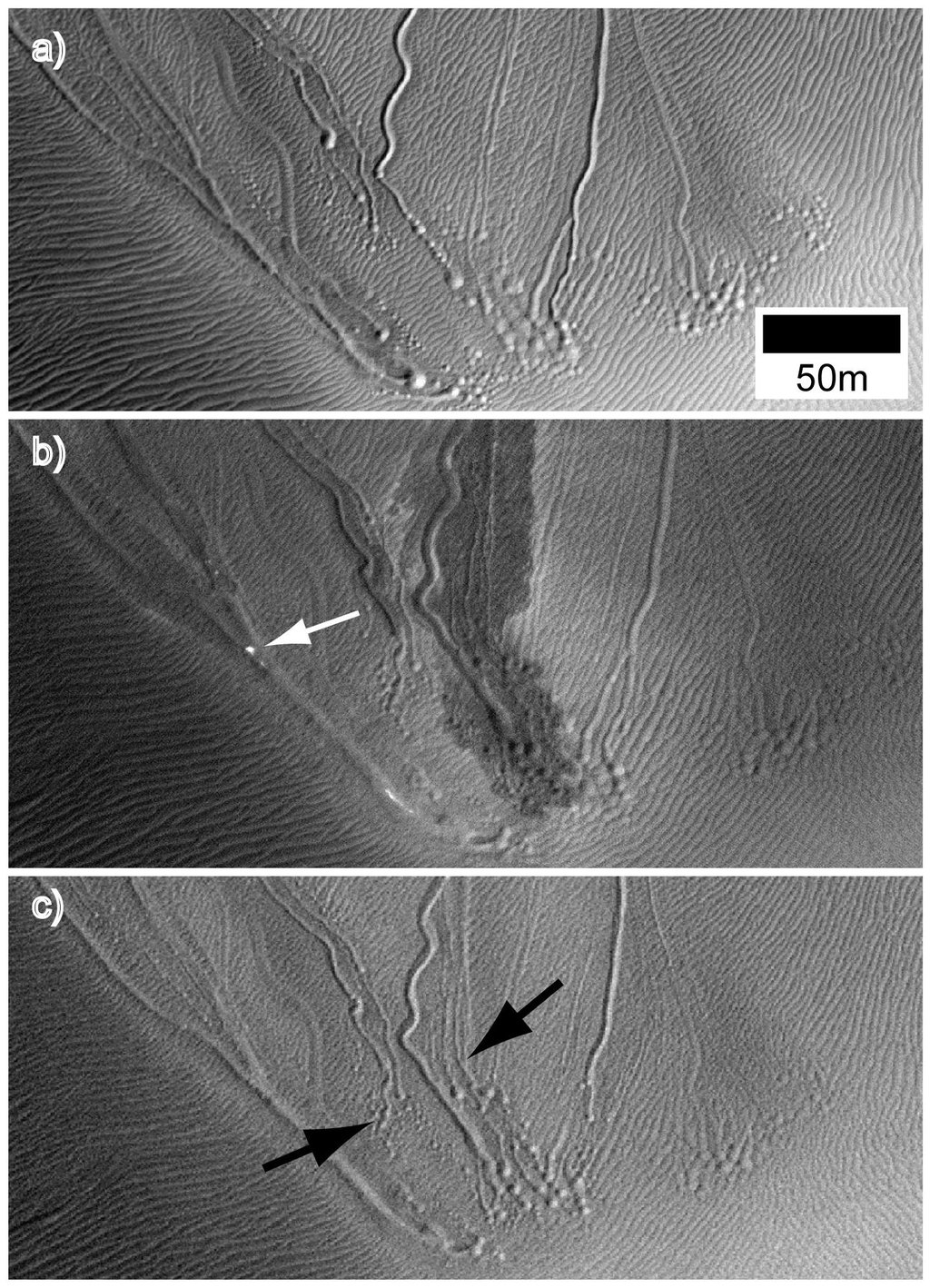 These examples of one distinctive type of Martian gullies, called "linear gullies," are on a dune in Matara Crater, seen at different times of year to observe changes. The observations support a new hypothesis that chunks of frozen carbon dioxide, also known as "dry ice," may create linear gullies. In early Martian spring at some latitudes, dry-ice blocks may glide down sandy slopes on self-generated cushions of sublimating carbon-dioxide gas, plowing the grooves as they go and sometimes leaving pits where they stop sliding and sublimate away.

The three images were taken by the High Resolution Imaging Science Experiment (HiRISE) camera on NASA's Mars Reconnaissance Orbiter, of a site at 49.4 degrees south latitude, 34.7 degrees east longitude. The top image is from Mars southern-hemisphere early summer. The middle image is from the start of spring not quite two Martian years later. The white arrow points out a frost block, which appears very bright against the defrosting dune surface. The bottom image is from later the same spring. Black arrows indicate regions where new channels and pits appeared during the intervening seasons since the top image was taken. The scale bar is 50 meters (55 yards).