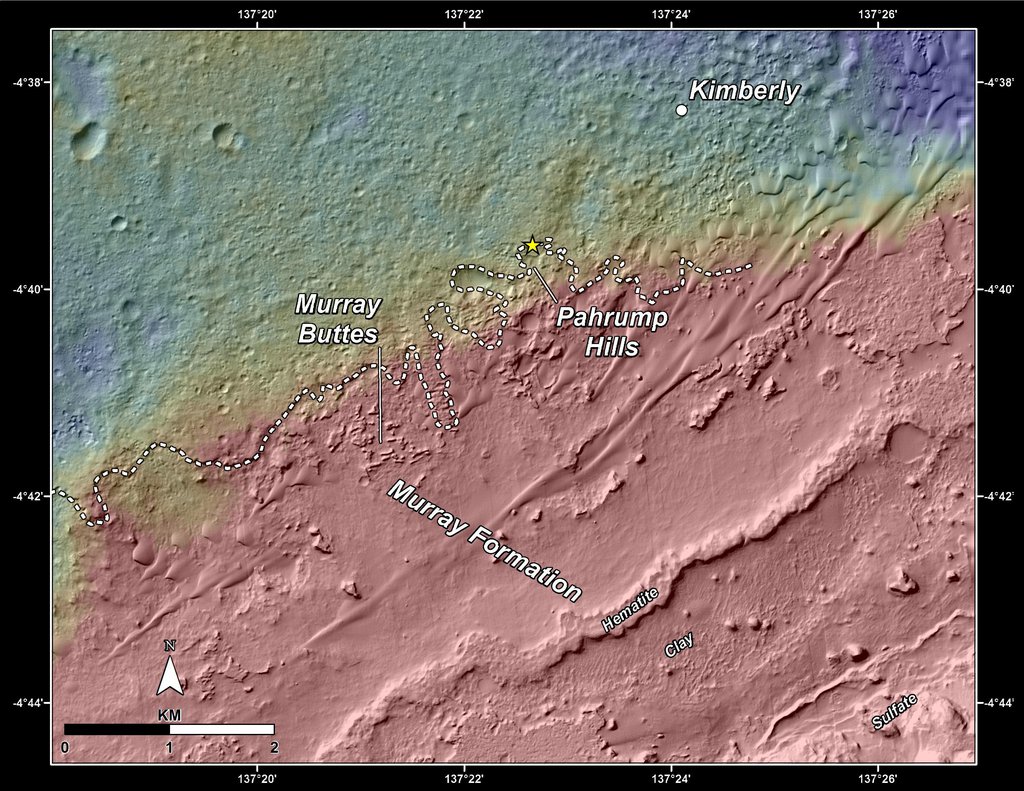 This topography map shows a portion of the Gale Crater region on Mars, where NASA's Mars Curiosity rover landed on August 6, 2012. The rover (marked with a star) is currently headed toward "Pahrump Hills," which make up part of the "Murray Formation" of layered rocks.

The white dashed line represents the contact point between rocks of Gale Crater's plains (Aeolis Palus) -- which Curiosity has investigated since landing -- and those at the base of Mt. Sharp (Aeolis Mons). By comparing the two images it can be seen that a small topographic scarp defines the contact region. In addition, the rocks of Aeolis Palus are heavily cratered whereas those of Mount Sharp have fewer craters.