Slice of History - Science In Vogue 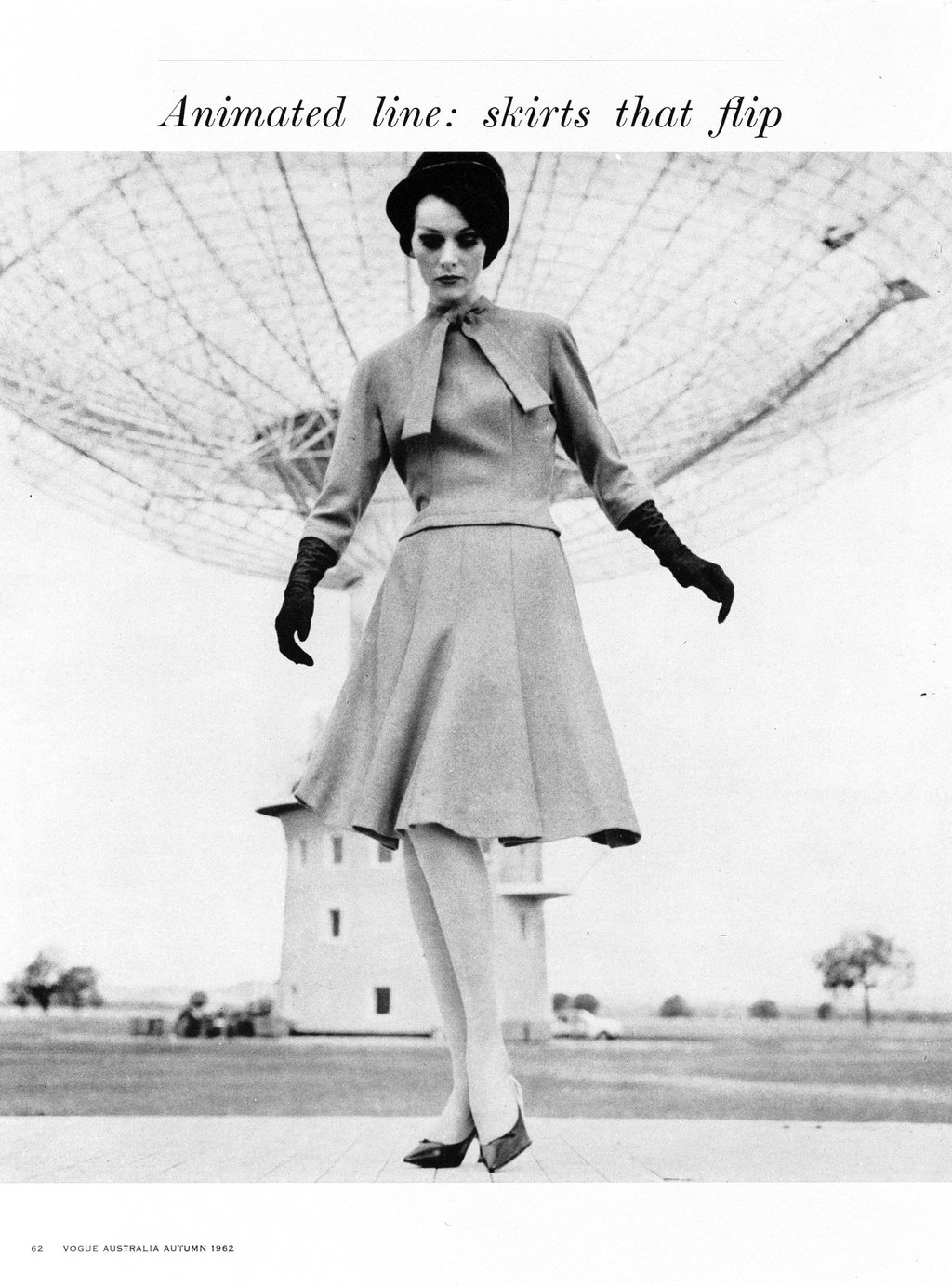 Sixty years ago, the 1962 autumn issue of Vogue Australia featured a fashion spread that included an unlikely location backdrop – the Parkes Observatory radio telescope antennae in New South Wales, Australia. Completed in 1961, the Parkes Radio Telescope is a 64m movable dish telescope which served as design inspiration for the NASA Deep Space Network (DSN) dishes that are located in Goldstone, California, Madrid, Spain, and Canberra, Australia.

The descriptions in the magazine spread connect the colors and textures of the fashionable 60s suits, coats, and accessories, to the architecture of the towers and the ideas evoked by the sky and space beyond, using language like “fashion on a new wavelength,” “out-of-this-world looks,” and “a down-to-earth wool suit” to round out the article about the latest fall fashion in 1962. 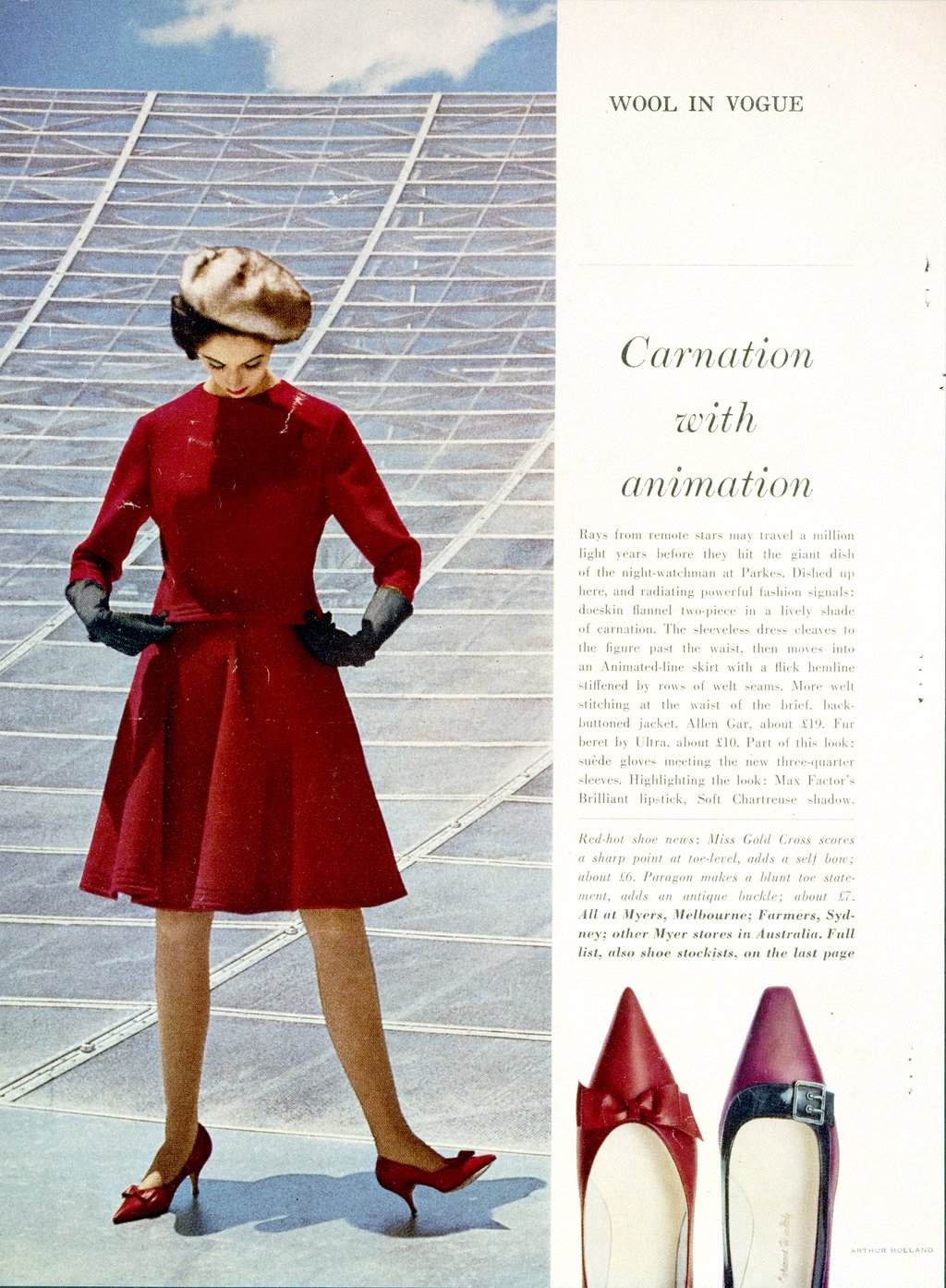 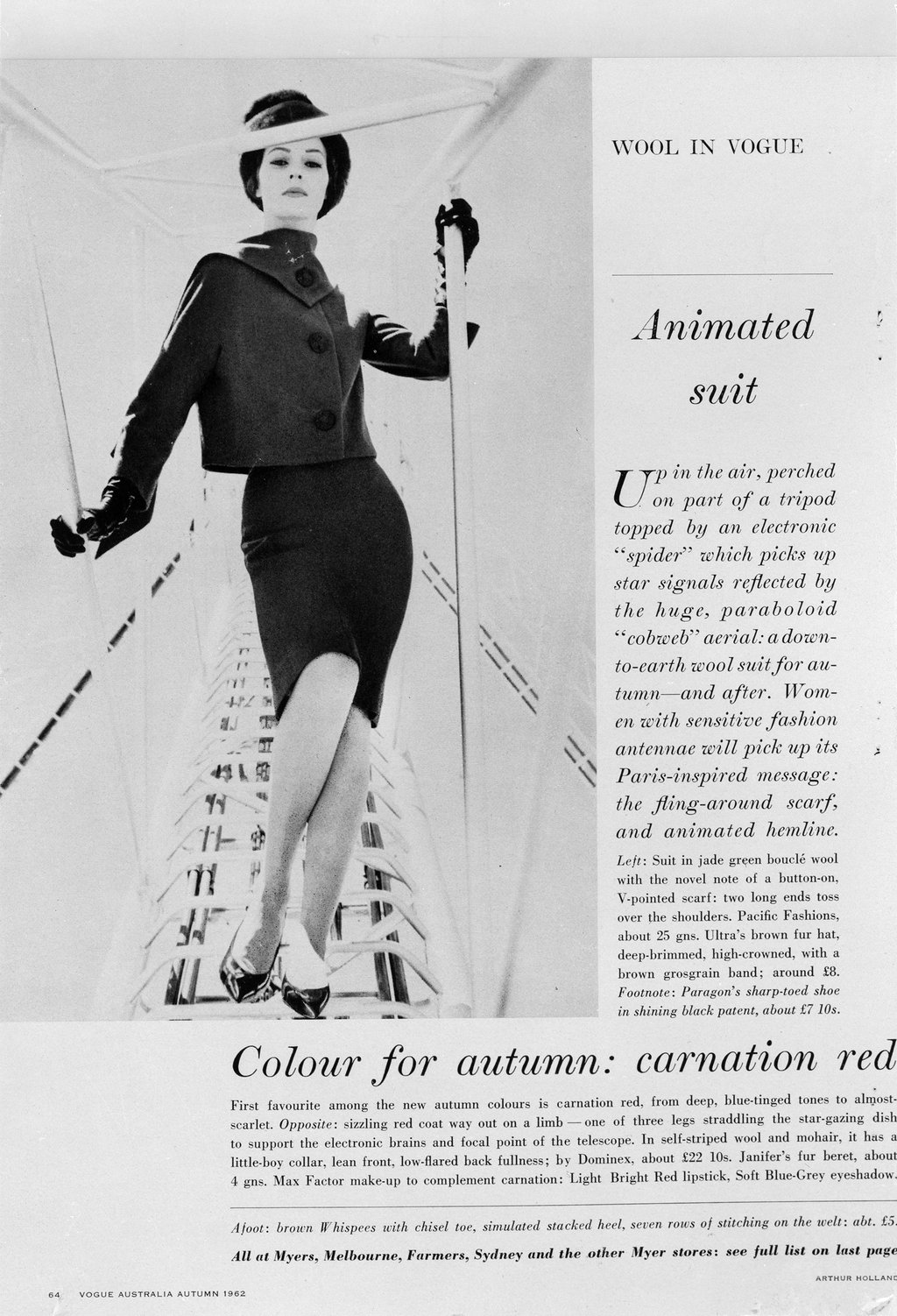 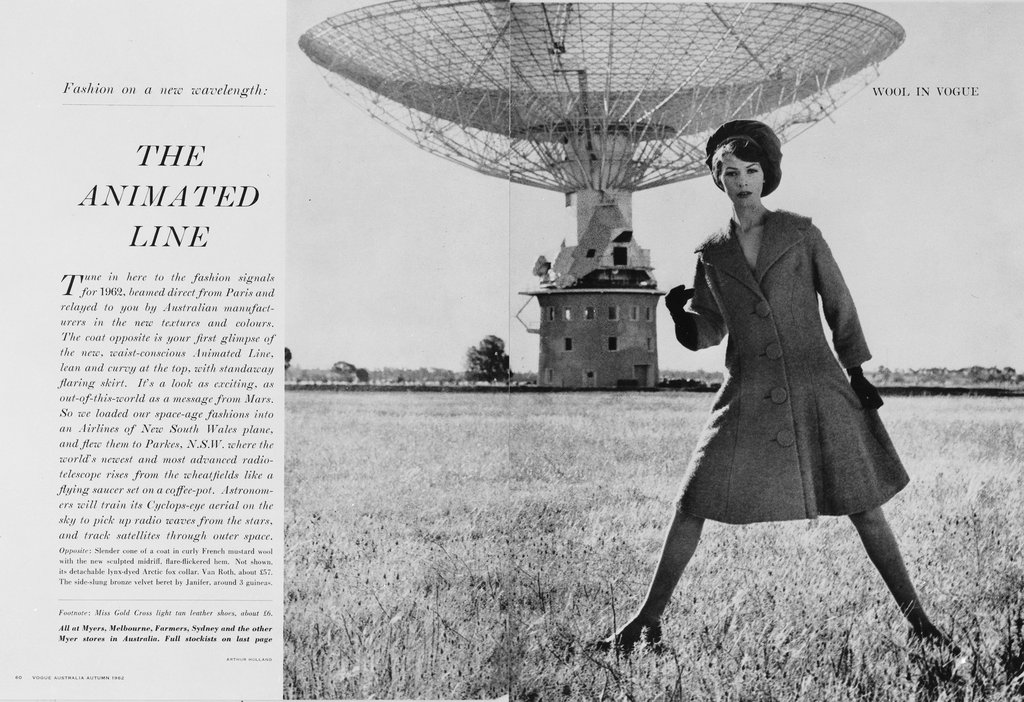 This isn’t the only time fashion has collided with space science – we found a 2017 photoshoot by Harper’s Bazaar magazine, where model Gigi Hadid posed with spacecraft models at NASA’s Kennedy Space Center in Florida.

It is also not uncommon to see NASA-related content be featured in fashion, art, and culture publications about topics that are not only about a specific model or fashion spread.

A 2019 GQ article highlights the growing trend of NASA-emblazoned clothing through the last decade, which makes it an increasingly ubiquitous logo.

A Vogue article from 2017 centers the stories of several women working at Kennedy Space Center. This is a departure from the 60s spread, focusing on the women in their work environment, rather than using the space center as simply a backdrop.

This article from Cultured Magazine explores a collaboration between a visual effects studio and NASA to bring views from the International Space Station to viewers on Earth via VR cameras.

It is encouraging to see that the fascination with space exploration and the people involved in its accomplishments has continued through the decades and is always expanding through various mediums. Do you have a favorite intersection of science and art? We’d love to hear from you! CL#22-4613