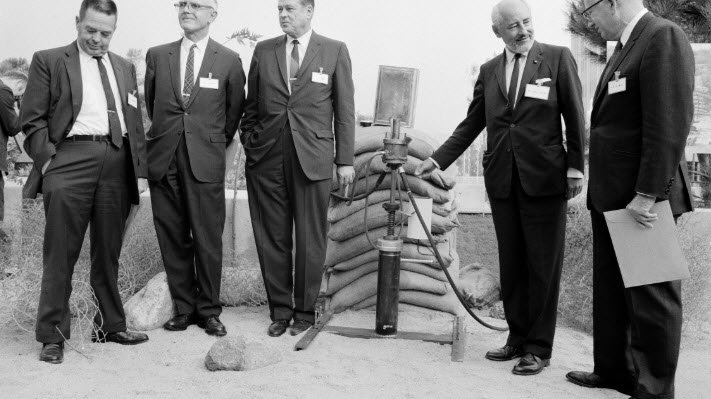 On October 31, 1968 JPL celebrated the 32nd anniversary of the first rocket motor tests in the Arroyo Seco.

The five men in this photo were present at the series of tests that happened in 1936 and 1937, and they came back to JPL for the celebration. From left to right are: William C. Rockefeller, William A. Bollay, Edward S. Forman, Frank J. Malina, and Apollo M.O. Smith. The historical marker found in the JPL Mall was commemorated at this event, and they posed next to a replica of the rocket motor test stand. The photo below shows a print of a 1936 test stand drawing by Frank Malina. He was the Chief Engineer of what would later become JPL, and was Acting Director from 1944 to 1946. 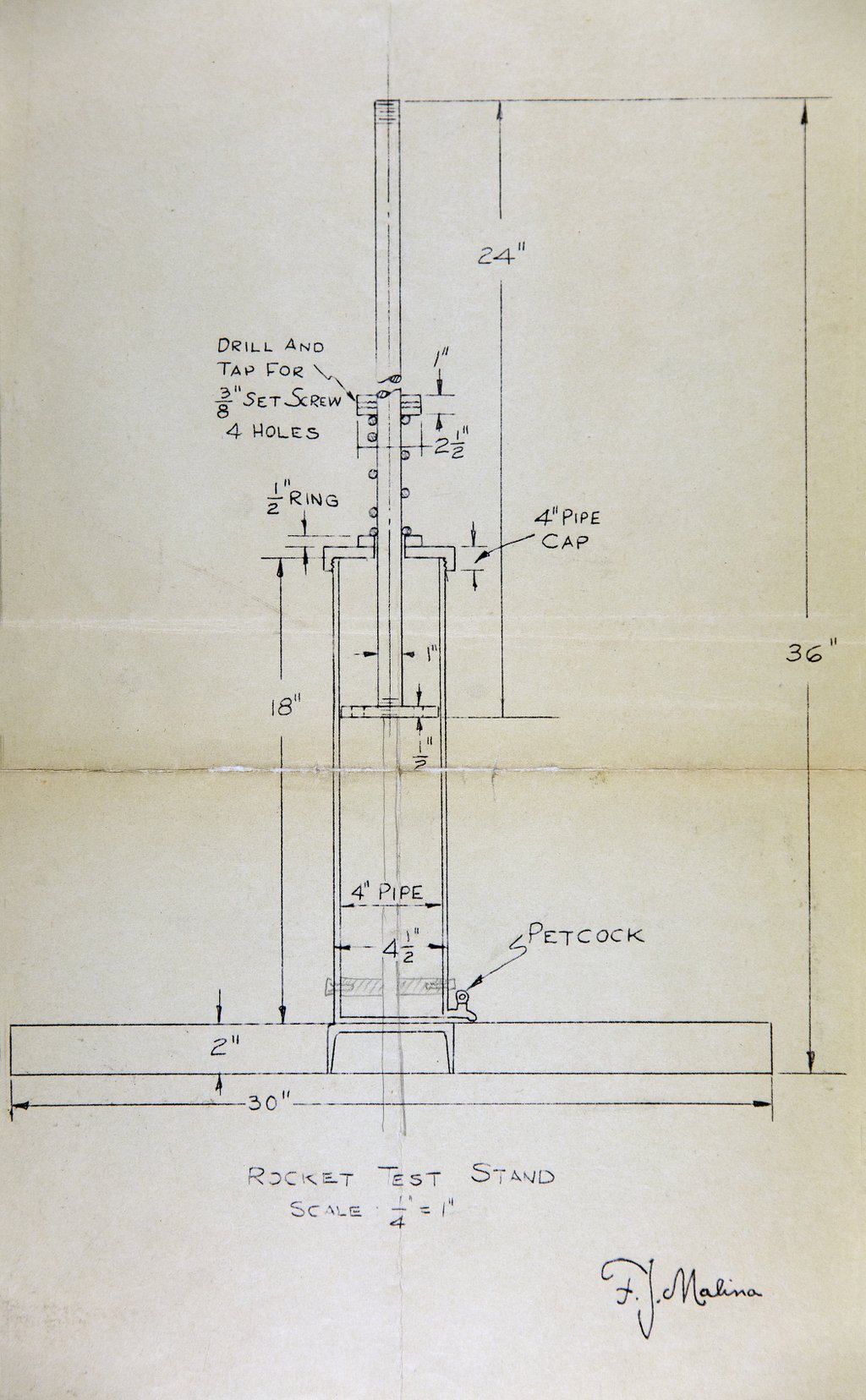 A print of a 1936 test stand drawing by Frank Malina.

For more information about the history of JPL, contact the JPL Archives for assistance. [Archival and other sources: various History Collection documents, photo albums, Lab-Oratory.)