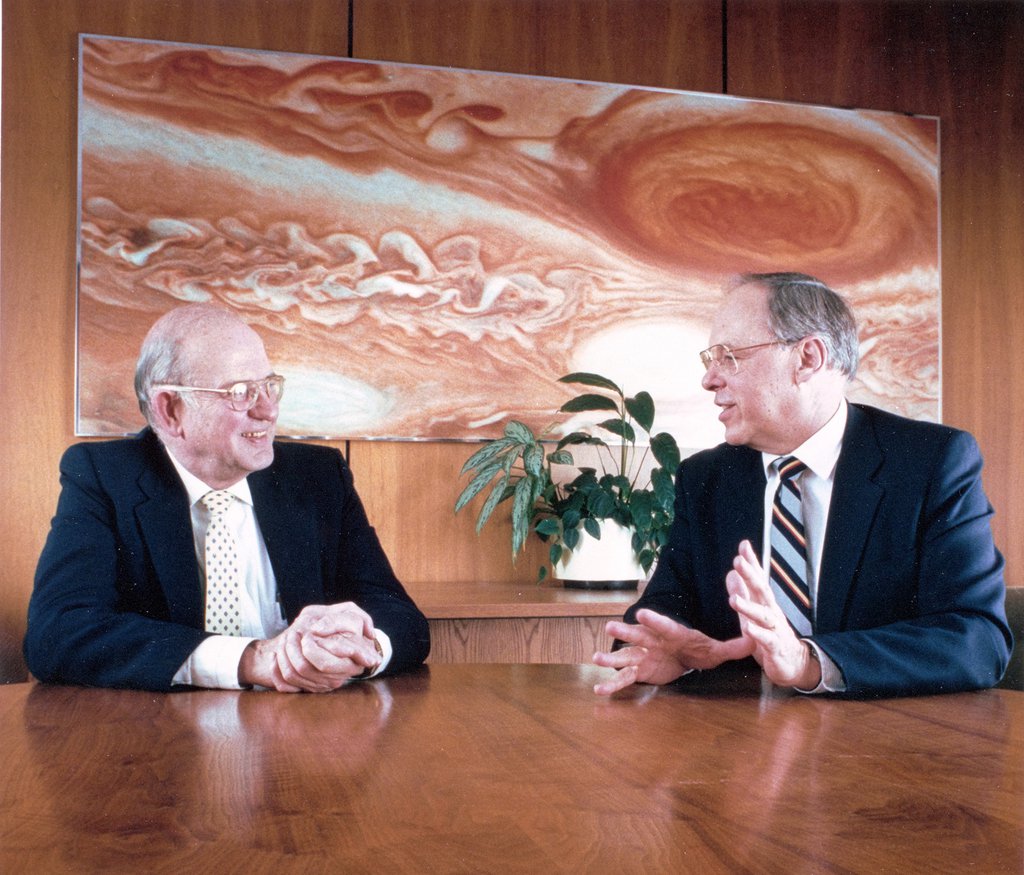 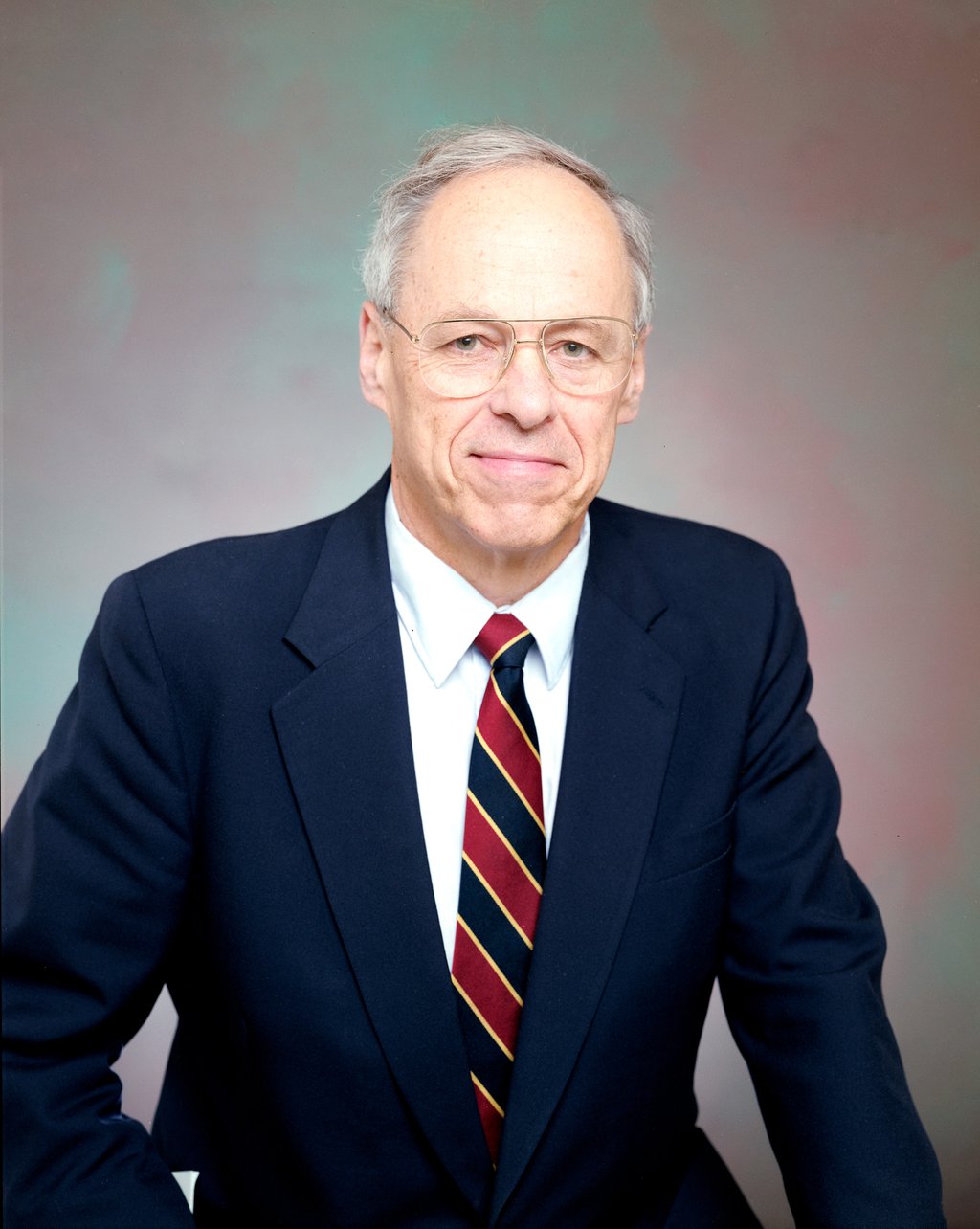 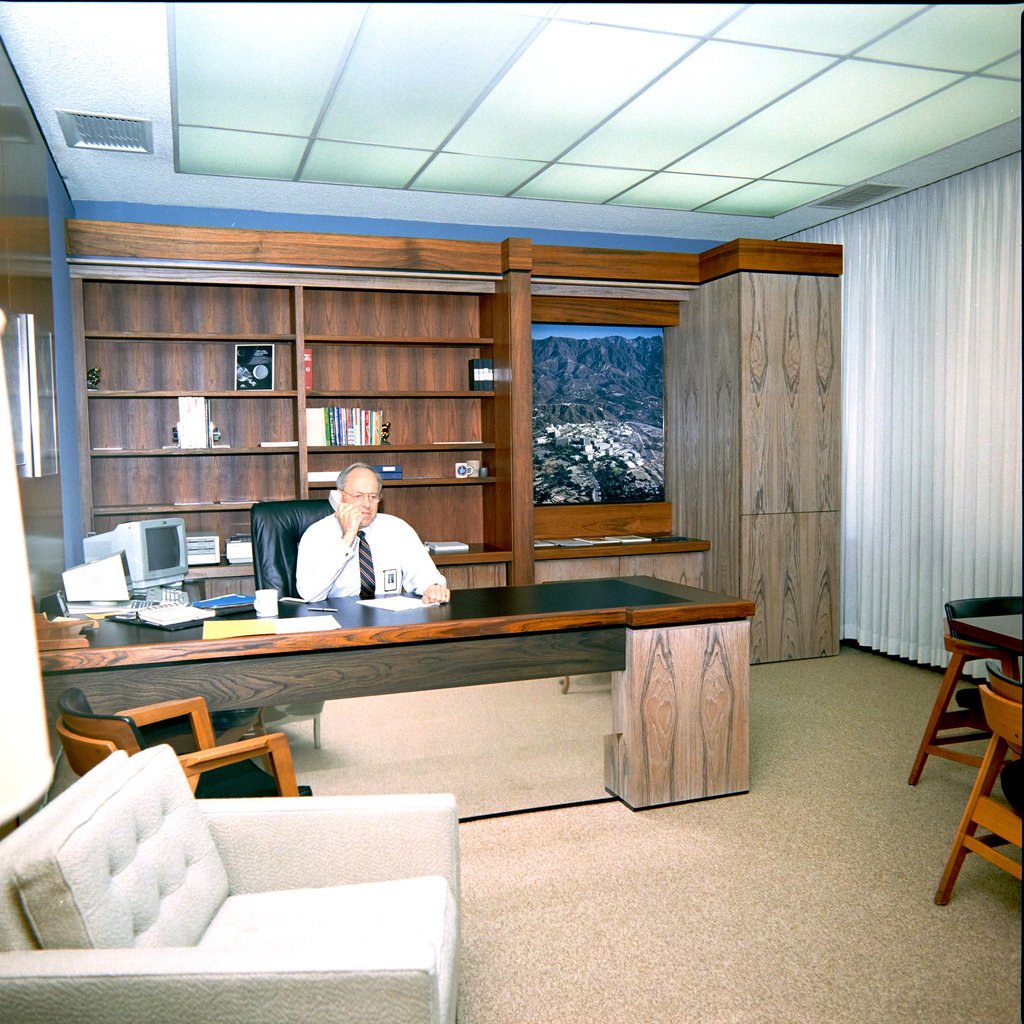 This month we remember Dr. Peter T. Lyman, who passed away in May 2020, with a series of photos from his tenure as Deputy Director of NASA’s Jet Propulsion Laboratory.

Dr. Lyman joined JPL in 1963, after serving in the Merchant Marine and Military Sea Transport Service. He earned three degrees, including a master's in naval architecture and a doctorate in mechanical engineering from the University of California at Berkeley. He worked on several different Mars missions at the beginning of his career, then became a manager with increasing responsibility in spacecraft design, information systems, mission management, and the Deep Space Network. Dr. Lyman became Deputy Director in 1987 and served in that position until he retired in 1992. He passed away on May 6, 2020 at the age of 90.