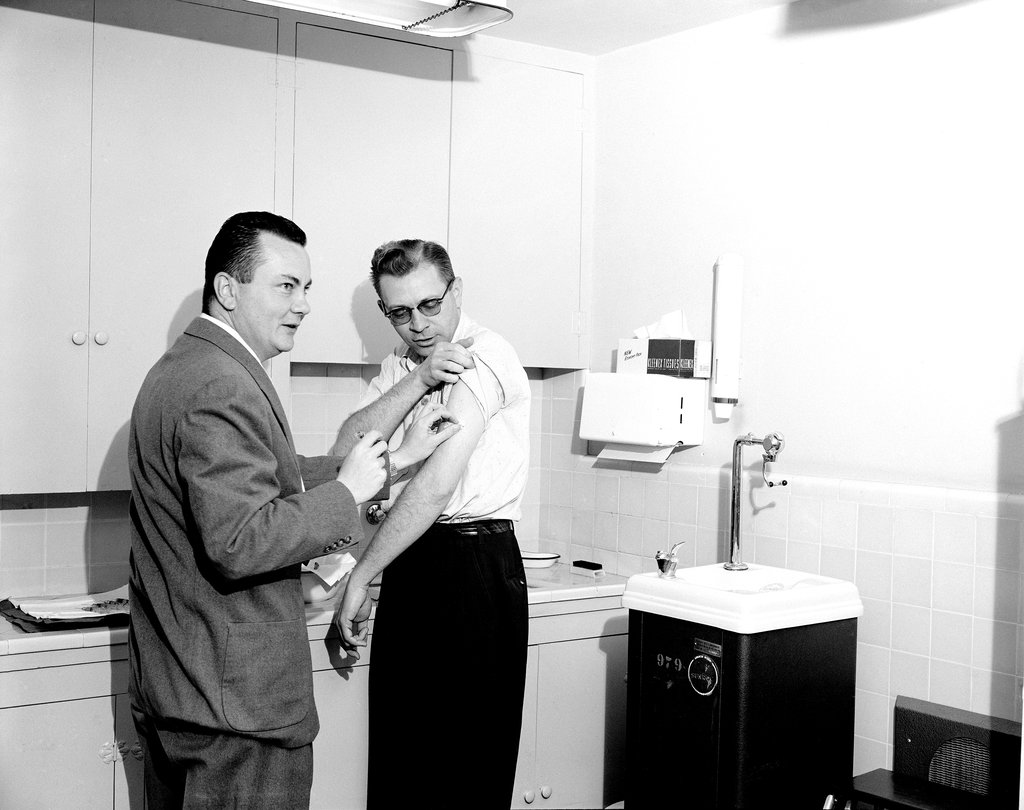 Because of the prevalence of polio during this time, and how close to home it became, the May 1957 issue of Lab-Oratory reports that “In response to employee requests, JPL [provided] the opportunity for personnel to obtain Salk polio vaccine at $2 a shot. Over 600 [employees] have signed up with Marie Jarvis, Nurse. 370 injections have been made so far. Further shots are awaiting arrival of more vaccine.” This photo, taken 1957-04-04, shows one of those JPLers receiving a polio shot. CL#21-5366