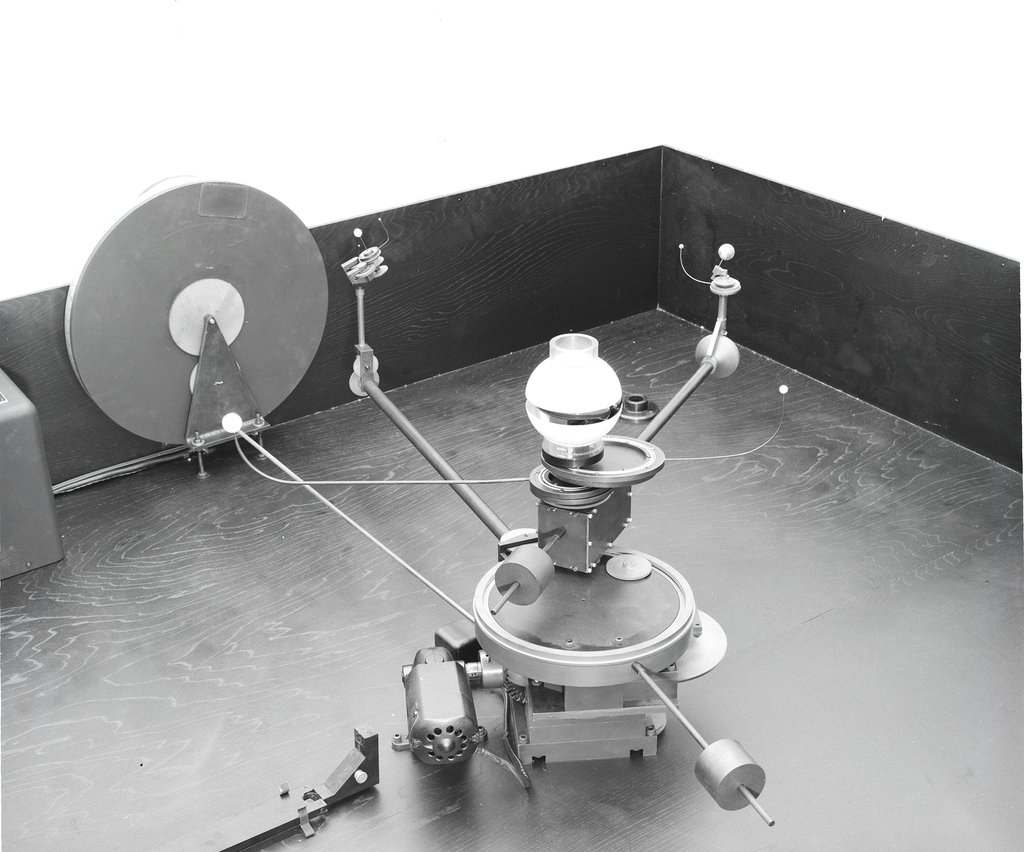 An orrery was built for NASA/JPL by Pre-Mec Engineering, Inc. and was designed by JPL engineer Raymond A. McCreary (Design Section, 356 – part of the Engineering Mechanics Division).

The scale of Earth and its moon was approximately 1 cm = 6000 km, but the scale of orbits, the Sun, and other moons varied.

Computer animations did not exist in the early 1960s, and like a trajectory model, this orrery helped engineers plan, visualize, and demonstrate the expected flight path, flyby, or landing to be made by a spacecraft. Missions in development at this time were Ranger and Surveyor (lunar missions), Mariner 2 to Venus, and Mariner 4 to Mars.