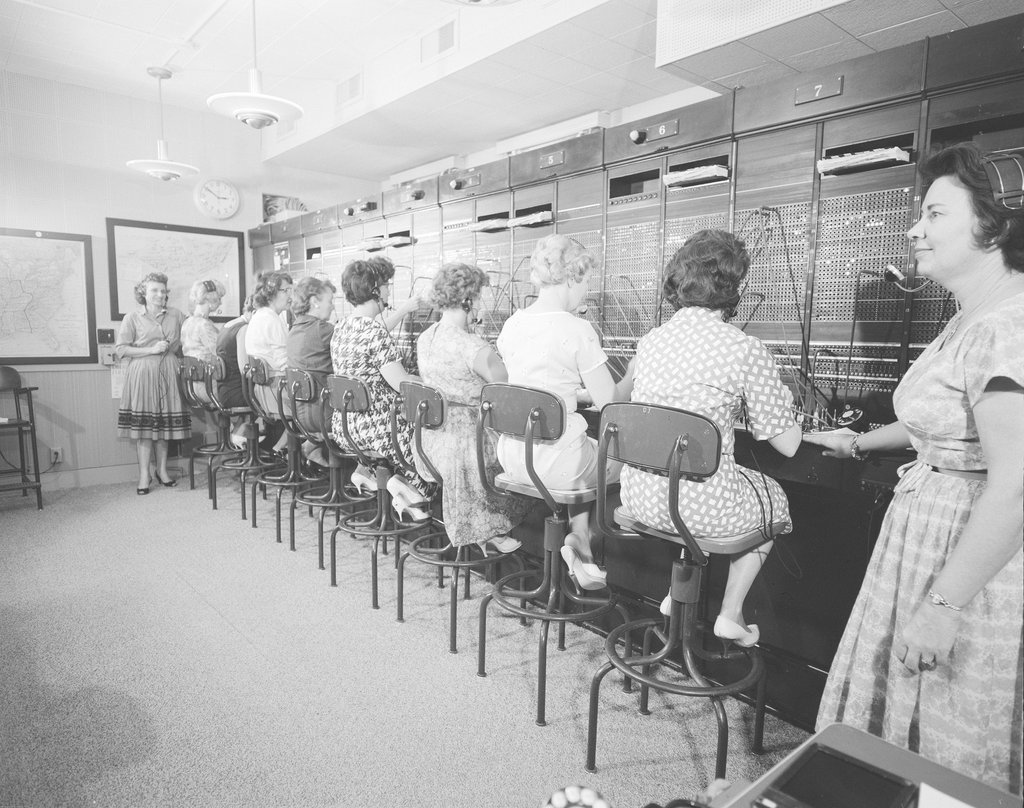 11 August 2022 marks the 70th anniversary of JPL’s conversion to the dial telephone system! In 1952, the Lab had the largest and most modern telephone exchange in the entire Pasadena area, about 75% of the Lab’s incoming calls were direct-dialed. At this time, PBX operators were handling upwards of 300 calls per hour, with a small staff run by PBX supervisor, Sally Crane. According to the August 1952 issue of Lab-Oratory, the implementation of the dial telephone system is a direct result of the unprecedented growth of the Lab during the early 1950s.