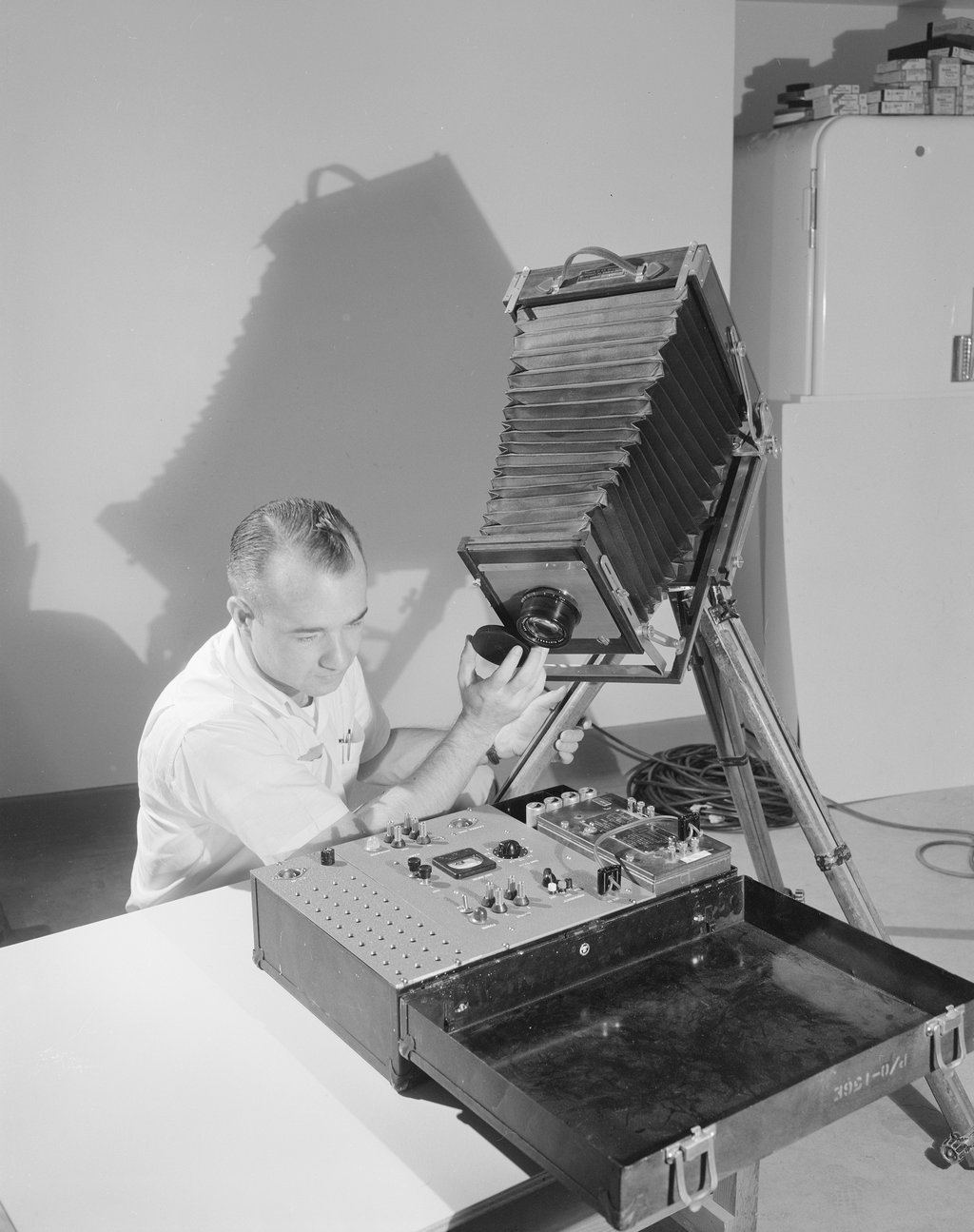 The JPL Photo Lab has been an integral part of the Lab throughout its tenure, creating a photographic record of JPL’s storied history. The JPL Photolab dates back to 1941, when it was first established by GALCIT Project No. 1, as JPL was then known. George Emmerson, the first photographer, recorded data during testing of propellants, rockets, and jet-assisted take-off (JATO) units, and documented other JPL activities and facilities. Over the years, the Photolab expanded the operation to include both still and moving images, updating their equipment to provide a wider range of services and products. By the 1970s, millions of images were produced each year for imaging teams, mission Principle Investigators, the press, and Regional Planetary Image Facilities around the world.

Beginning in 1995, a major transformation took place that changed the JPL Photolab from analog (chemically-based) service to a full-service digital photographic imaging facility. Systems used in the capture, reproduction, and distribution of images at JPL were replaced, and the new digital systems have improved response time, reduced facilities requirements for space, eliminated large distribution requirements of hard copy, and eliminated chemical processing. This photo, taken 1952-10-29, depicts an early Photolab staffer with an 8x10 studio camera; many images taken with this camera now belong in the Archives.

Check out the Photolab to see what they’re up to now, or get in touch at photolab@jpl.nasa.gov! CL#-21-5953