Slice of History - JPL at the Rose Parade 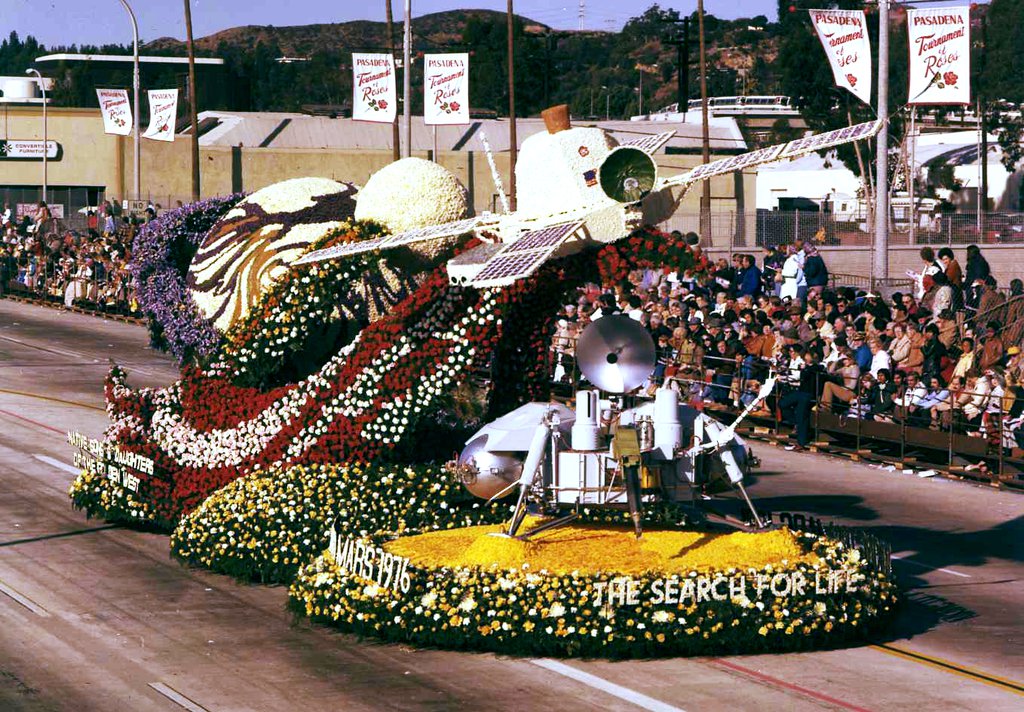 Courtesy of the Tournament of Roses Foundation, this photo depicts the JPL entry to the Rose Parade in January 1976. The float, a tribute titled "The Search for Life," depicted the Viking Orbiter soaring over a full-scale model of the Viking Lander. This portion of the design had a special waiver from the Tournament of Roses to be used on the float, as it was not made of flowers. “The Search for Life” was sponsored by The Native Sons and Daughters of the Golden West, and designed in cooperation with NASA. This subject was chosen for the float because the landing of Viking 1 was planned for July 4th of that year, the United States Bicentennial. The Lander would ultimately land on Mars on July 20th, the seventh anniversary of the Apollo 11 Moon landing.

We’d love to hear from you! For more information about the history of JPL, please contact the JPL Archives at archives@jpl.nasa.gov. CL#20-6316