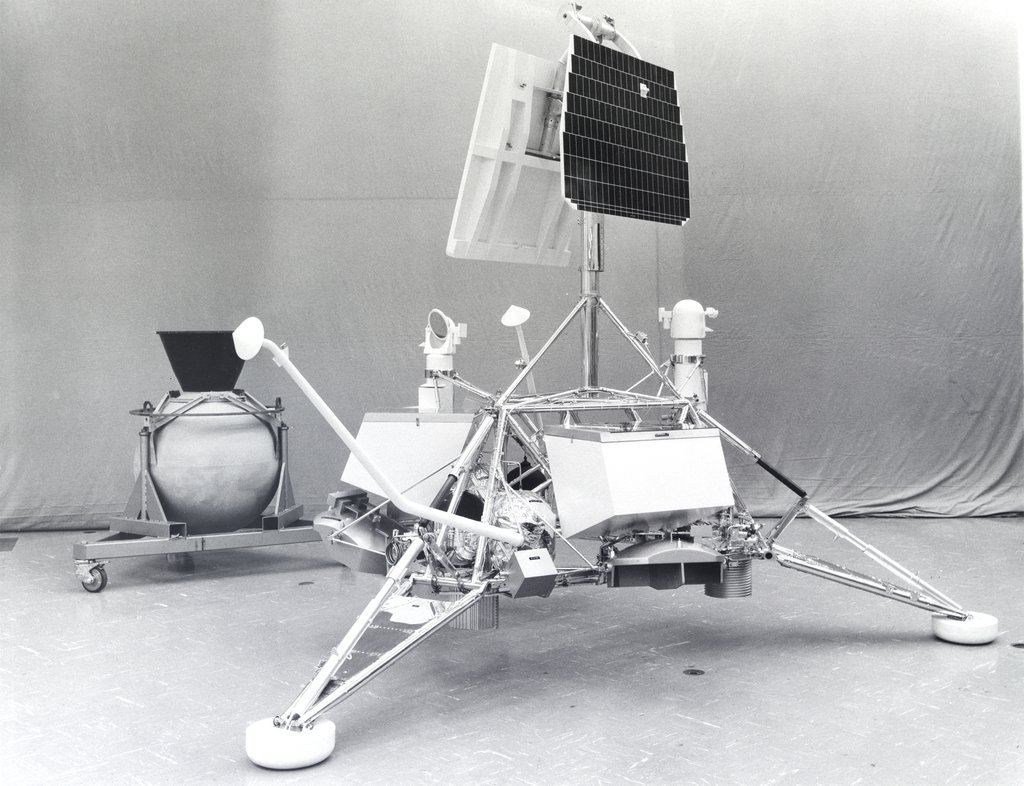 20 September marks the 55th anniversary of the launch of JPL’s spacecraft, Surveyor II! This lander/rover was destined for the Moon, carrying with it an imaging system intended to bring back an array of lunar photos. This image, taken 6 December 1962, shows the A-21 mock-up of the Surveyor M12 Model-62.

The craft lost control and crashed into the Moon just southeast of Copernicus crater at 8:18PM on 23 September 1966. Contact with Surveyor II was lost early that morning when there was a failure in the communications or power system during the firing of the 10,000 pound thrust retro engine. Up to the time of loss of contact, there was no evidence of further failure in the spacecraft beyond that of the vernier engine number three to fire upon command. This failure threw Surveyor II into an uncontrolled tumble, with efforts to re-stabilize it failing. The following year, its successor, Surveyor III, ultimately made a soft landing on the Moon, making further inroads into the preparations for future human lunar missions. CL#21-0722