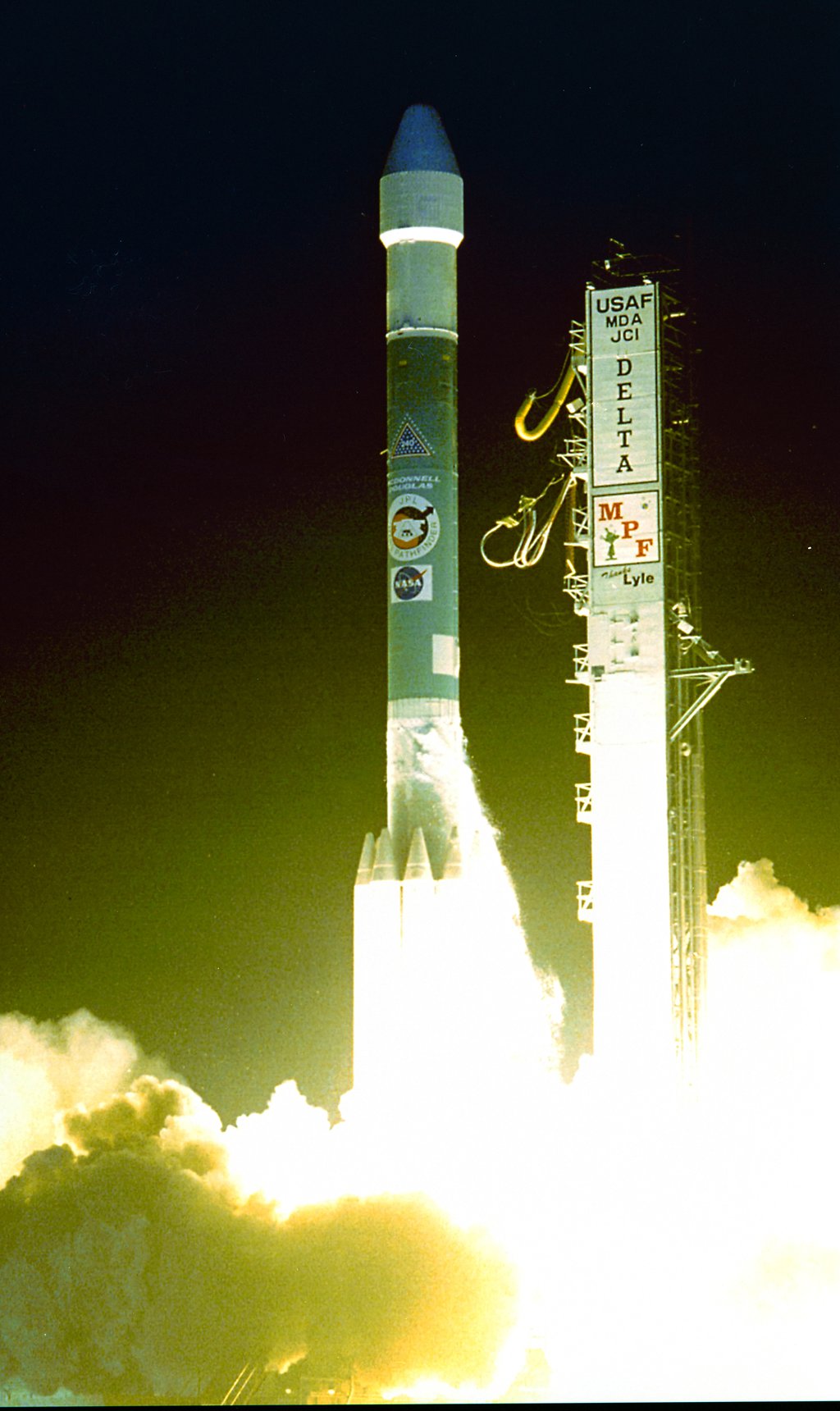 Happy 25th Anniversary, Mars Pathfinder! This image, taken on 4 December 1996, shows a Delta II rocket lifting off carrying NASA/JPL's Mars Pathfinder probe at 1:58AM from Cape Canaveral Air Station, Florida. The Pathfinder was destined to land on Mars’ Ares Vallis on 4 July 1997 and dispatch a small rover, Sojourner, to search for signs of life on the Red Planet.

Designed as a technology demonstration of a new way to deliver an instrumented lander and the first-ever robotic rover to the surface of Mars (known as the ‘airbag’ technique), Pathfinder returned an unprecedented amount of data and outlived its primary design life. It gave us significant data about Mars’ metallic core, water ice clouds, and abrupt temperature fluctuations.

Mars Pathfinder’s final transmission was received on 27 September 1997, ultimately returning 2.3 billion bits of information, including more than 16,500 images from the lander and 550 images from the rover, as well as more than 15 chemical analyses of rocks and soil, and extensive data on winds and Martian weather. These findings allowed JPL scientists to ascertain that Mars was likely once warm and wet, with water existing in a liquid state and a thicker atmosphere. CL#21-0731