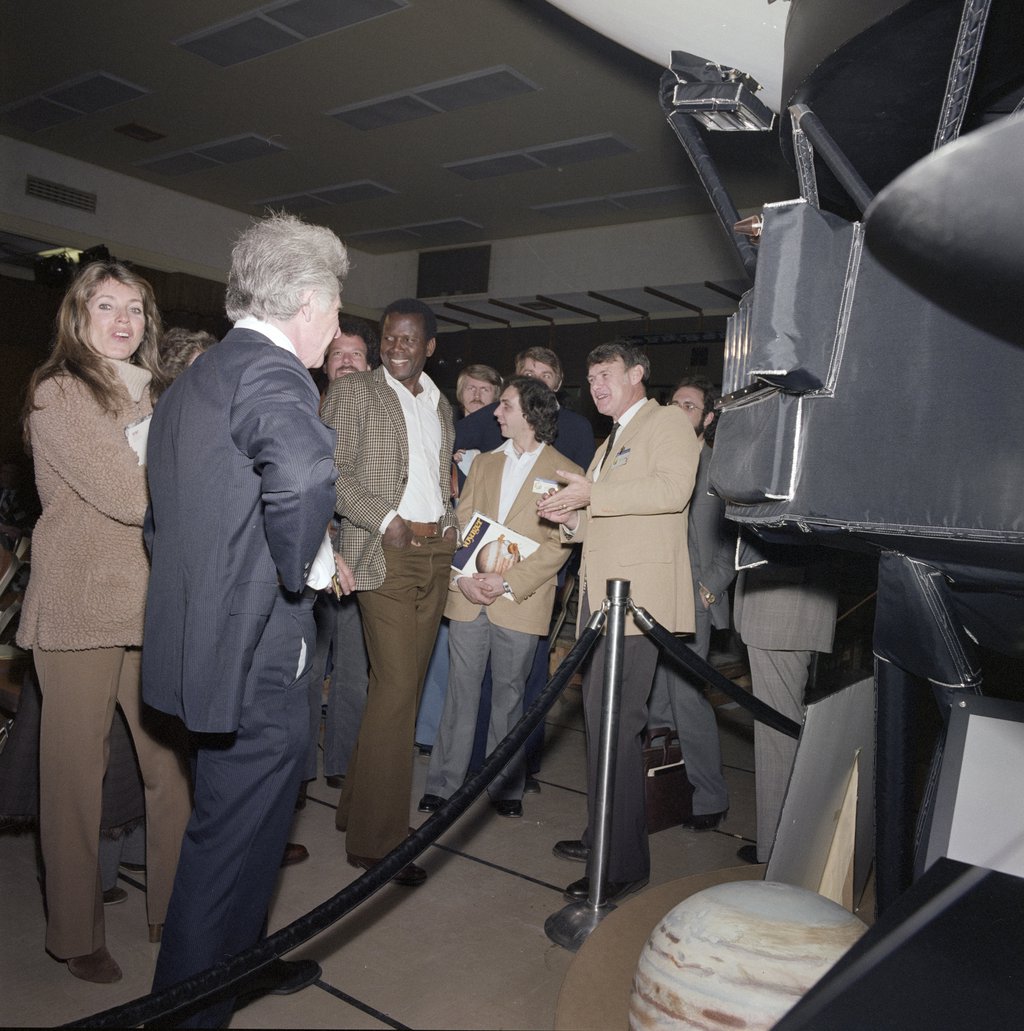 JPL has had many famous and interesting visitors over the years, from fellow scientists, to film industry stars, to musicians, to reporters, and many more! One of our most notable visits was from legendary actor and diplomat, Sidney Poitier! The first Afro-Bahamian man to win an Academy Award for Best Actor for Lilies of the Field (1963), and currently the oldest living and earliest surviving Best Actor Academy Award winner, Poitier came to JPL in March 1979.

Pictured here with Dr. Bruce Murray and others, Poitier got to view and learn about our Voyager model, among other JPL highlights on his tour of the Lab.

After his time at JPL, Poitier was knighted by Queen Elizabeth II, received the Kennedy Center Honor and the Presidential Medal of Freedom, became the Bahamian ambassador to Japan, won a Grammy for Best Spoken Word Album, and received the Screen Actors Guild (SAG) Life Achievement Award, along with countless other accolades. We are celebrating Mr. Poitier’s 94th birthday this February. CL#21-0887