Slice of History - Advisory Council for Women (ACW) at JPL 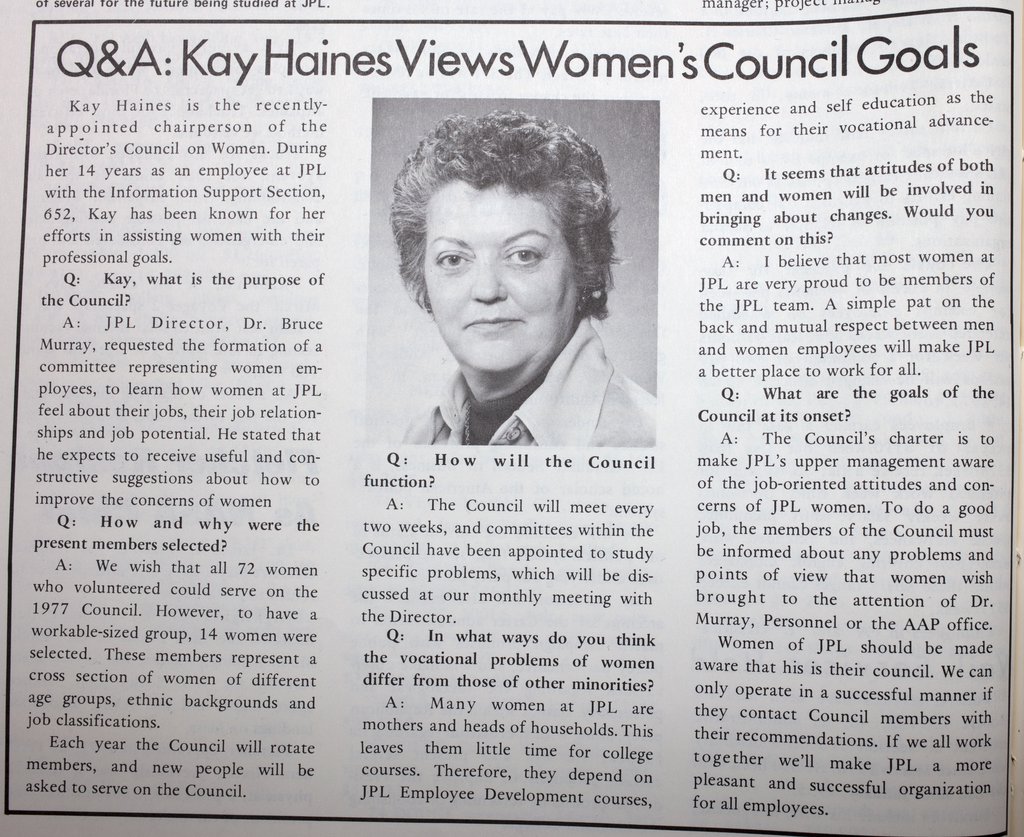 To celebrate Women’s History Month, we’d like to highlight a very unique organization within JPL: the Advisory Council for Women (ACW)! The ACW formed in 1977, and was originally known as the Women’s Advisory Council. Founder Kay Haines (Technical Librarian, Section 652) was named its first chairperson of this newly organized group, and was supported by a council of fourteen women. Its original purpose was to create a line for communicating “job-related attitudes and concerns for JPL women” to the current director, Dr. Bruce Murray.

In an interview Haines did with the Universe team in April 1977, she made a statement that still resonates among so many working women today: “A simple pat on the back and mutual respect between [all] employees will make JPL a better place to work for all,” and that is exactly what today’s iteration of the Advisory Council for Women works toward today!

Today, the ACW is one of the Employee Resource Groups (ERGs) on lab and its membership over the past few years has grown to more than 600 members across JPL. Both women and men are encouraged to join the ACW. Since its founding, the ACW has continued to work towards its foundational goals of “empowering, enabling and educating women at JPL for success in the 21st century workplace.” 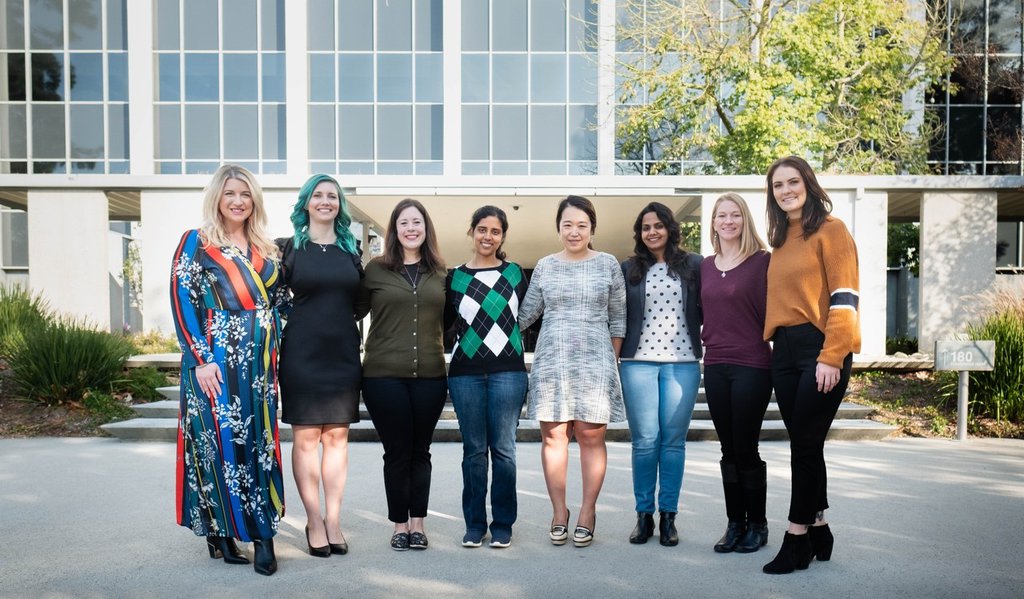 The ACW frequently invites notable female leaders in STEM fields for noontime seminars (past speakers have included Dr. Maria Klawe, President of Harvey Mudd; Dr. France A. Córdova, Director of the National Science Foundation (NSF); and Dr. Joan Schmelz, Senior Vice President of the American Astronomical Society), which provide opportunities for members to interact with these leaders and be inspired. This year, the ACW has invited Gwynne Shotwell, COO of SpaceX, for a virtual chat on March 18th, as part of the Women’s History Month celebrations. Other activities being organized by the ACW this month include a leadership workshop, a listening session, a networking panel discussion and a donation drive in support of the Downtown LA Women’s Center.

As ACW’s current Chair, Dr. Priyanka Sharma points out, “I’m most proud of the work the ACW has done over the past year in forging strong relationships with the Executive Council and other ERGs on lab. These collaborations are paving the way for effective Diversity, Equity and Inclusion initiatives across the lab.”

Look out for the Women of JPL virtual group picture to be released on 8 March for International Women’s Day! CL#21-1065