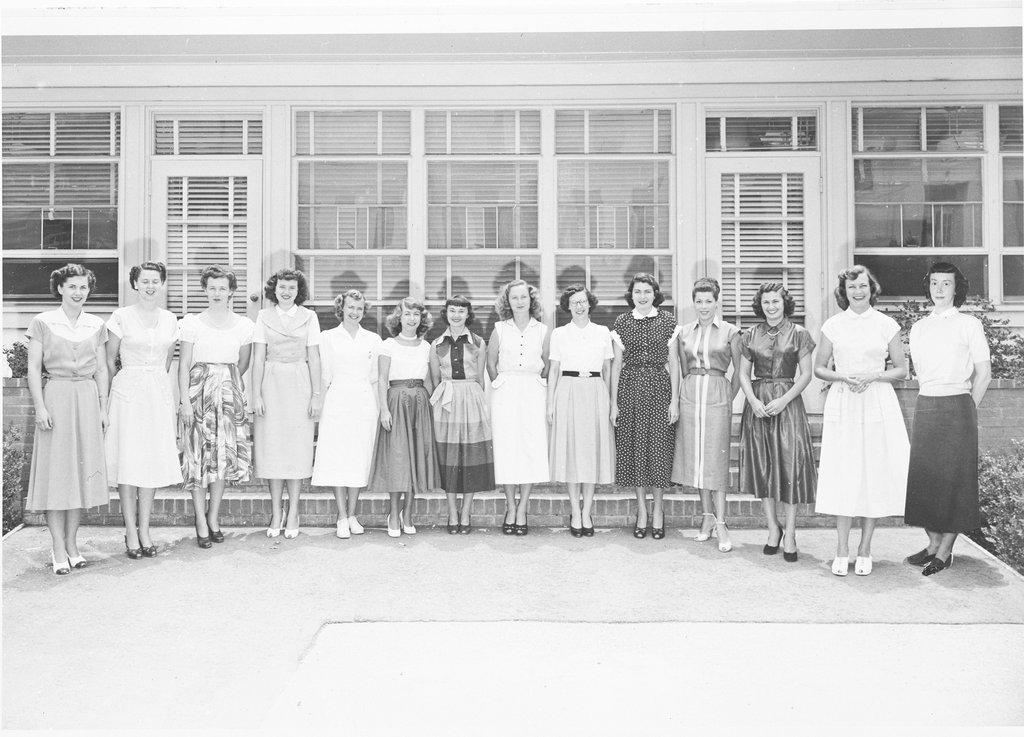 This year marks the 70th anniversary of JPL’s first Miss Guided Missile contest. Beginning in 1952, JPL held an annual contest for the All-Lab Summer Dance. A handful of women across Lab would become candidates, following a nomination and sponsorship from their respective supervisors. Selected by popular vote, Miss Guided Missile would become the “Sweetheart of the Lab” for her year-long reign, and serve on the Employee Recreation Club (ERC). 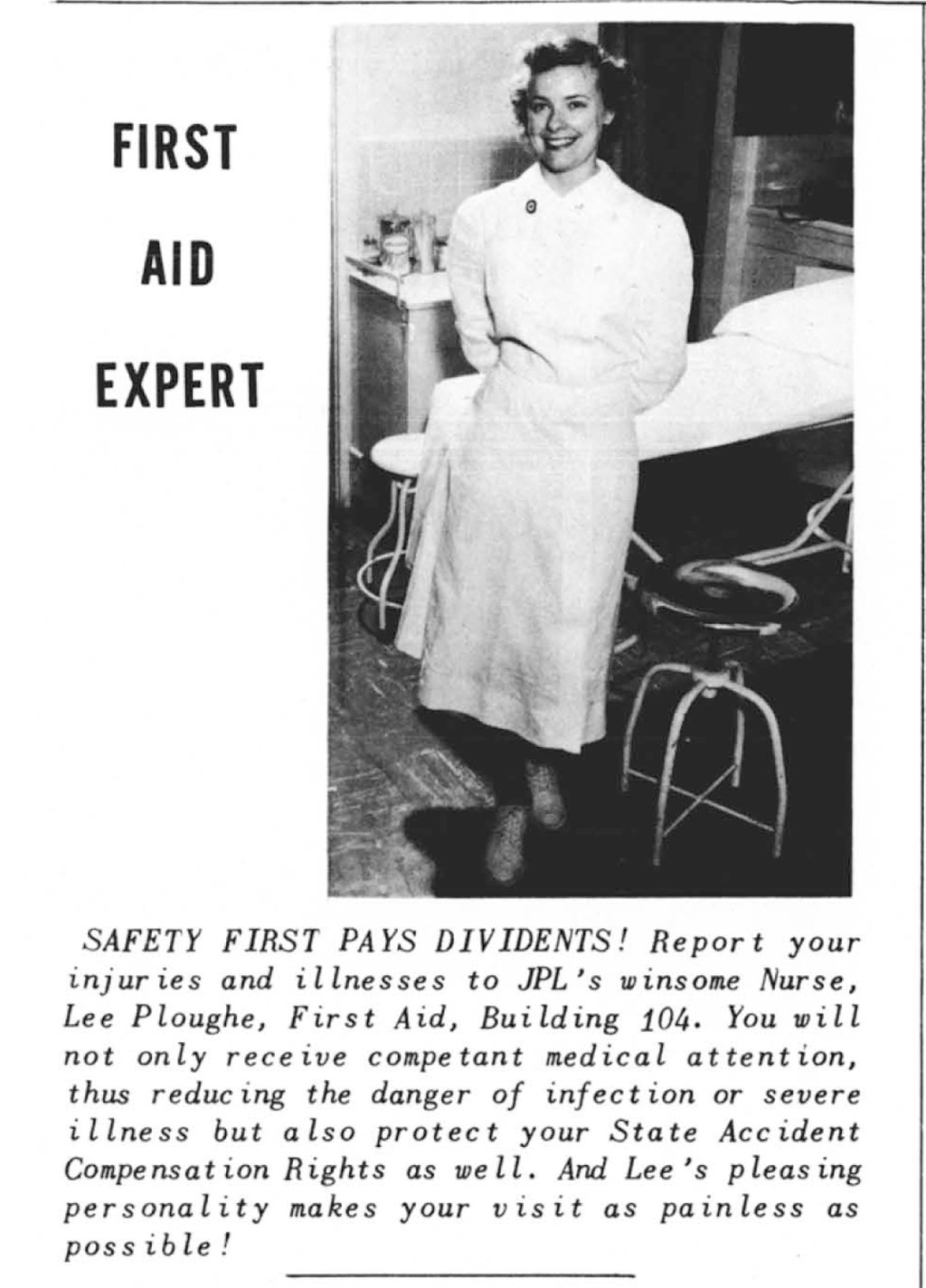 1952’s Miss Guided Missile was Lee Ploughe, the Nurse in charge of JPL’s First Aid Room (located in Building 104). According to the April 1952 issue of Lab-Oratory, Ploughe’s “pleasing personality makes your visit [to the First Aid Room] as painless as possible!” Additionally, Ploughe served as a reporter for Lab-Oratory throughout her tenure at JPL.

The annual contest remained Miss Guided Missile through 1958, when it became known as Queen of Outer Space. Her duties were fairly light during the year: “she officiates at various recreational events such as dances, annual family picnics, children’s Christmas part[ies] and sometimes helps advertise sub-club events.” The other contestants serve as her princesses and are occasionally called upon… wherever needed.”

The contest continued until 1970. It is clear that such a practice would not be acceptable in today’s world. While we acknowledge this event is a part of JPL history, we understand now given modern perspectives the harm that such a thing caused at the time. We are happy to say this event was never repeated, and it absolutely does not align with JPL’s current views.

Don’t forget to view the Archives’ full guide to each year’s contestants and winners! CL#21-5952