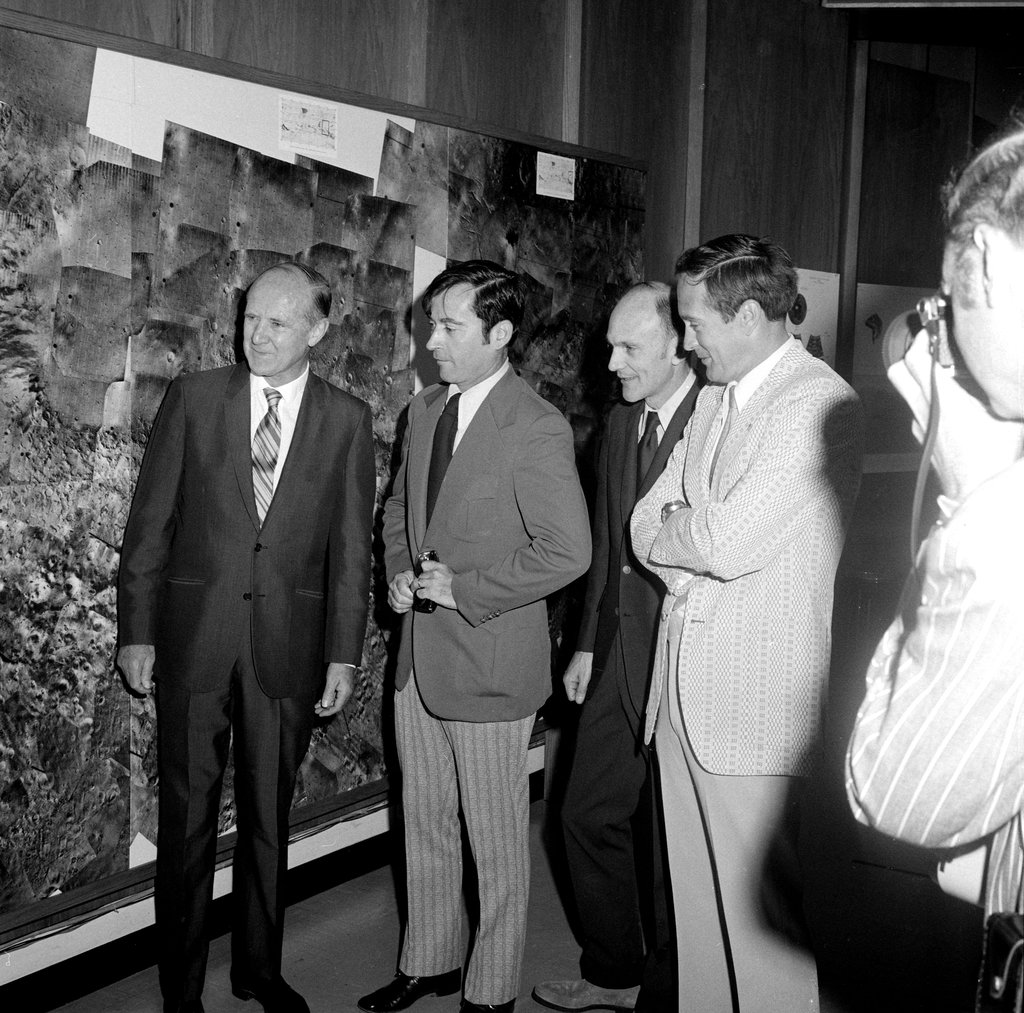 Not long after blastoff from Cape Kennedy on 16 April, Apollo 16 astronauts encountered what would be their first of many problems – shreds of paint peeling off the lunar lander. Fears of flawed systems, calling off the landing, inoperative radar, and a gimbal lock warning never stopped the astronauts guiding Apollo 16 to a safe lunar landing, making this the fifth American flag implanted on the Moon.

According to the July/August 1972 edition of Lab-Oratory, “In addition to several JPL science facilities, the visiting astronauts and wives toured deep space navigation areas and the Space Flight Operations Facility [SFOF]. After lunch in the executive patio, the distinguished visitors met and talked with employees on JPL’s central mall.” CL#22-0027