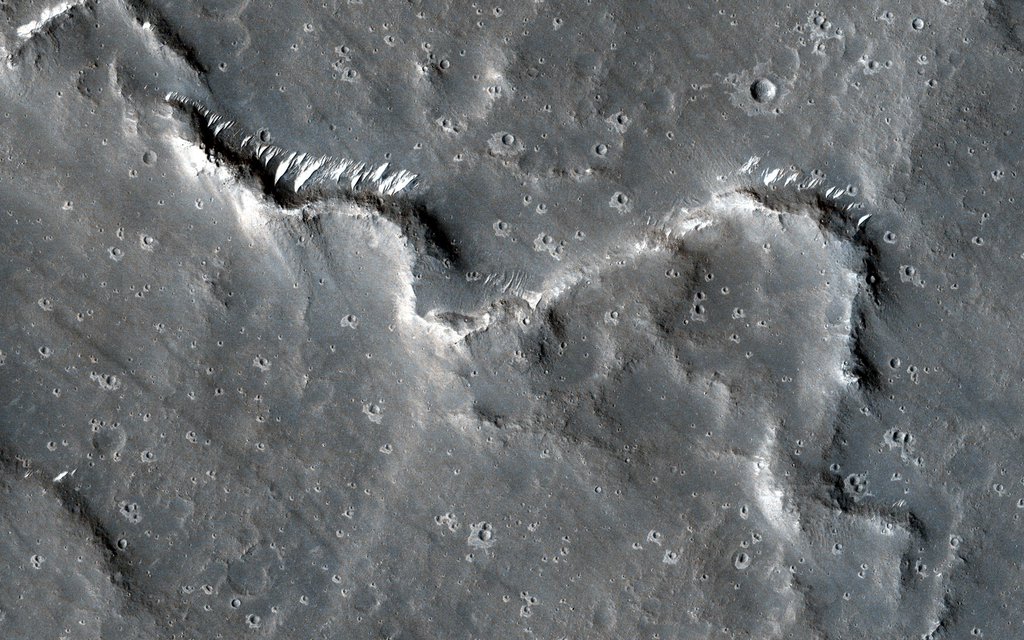 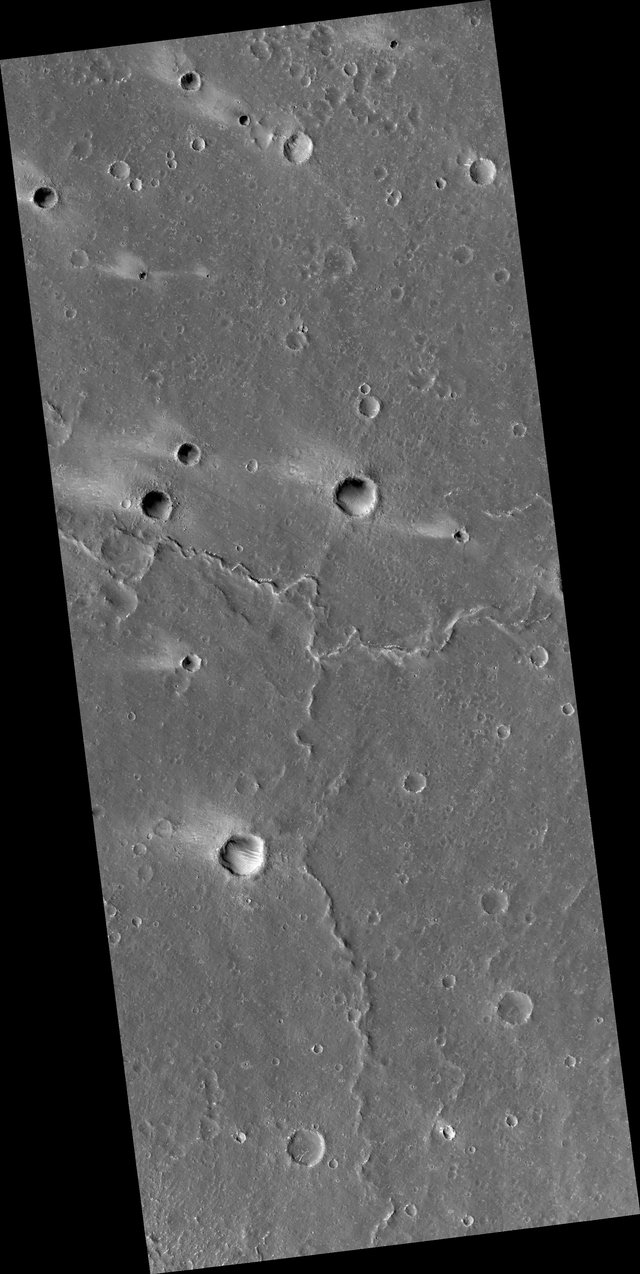 A sinuous ridge is a thin and meandering formation that gives the appearance of a stream channel, but stays raised above the surface rather than incised into it. It is believed that these ridges were once stream channels that cut down into the surface.

Flowing water can have a number of effects on a channel bed, such as sorting grains and depositing rocks, all while removing loose material. The water can also carry a number of dissolved minerals that become deposited and cement the remaining grains together. The result is a stream bed that has become "armored."

Once the stream stops flowing and dries up, this armored layer can resist future erosion. Over the millions of years that follow, forces such as wind can gradually remove the original material of the surrounding terrain, but the stream bed can remain. Examining the characteristics of the ridge can reveal clues about the amount of water and the flow speed that existed long ago.