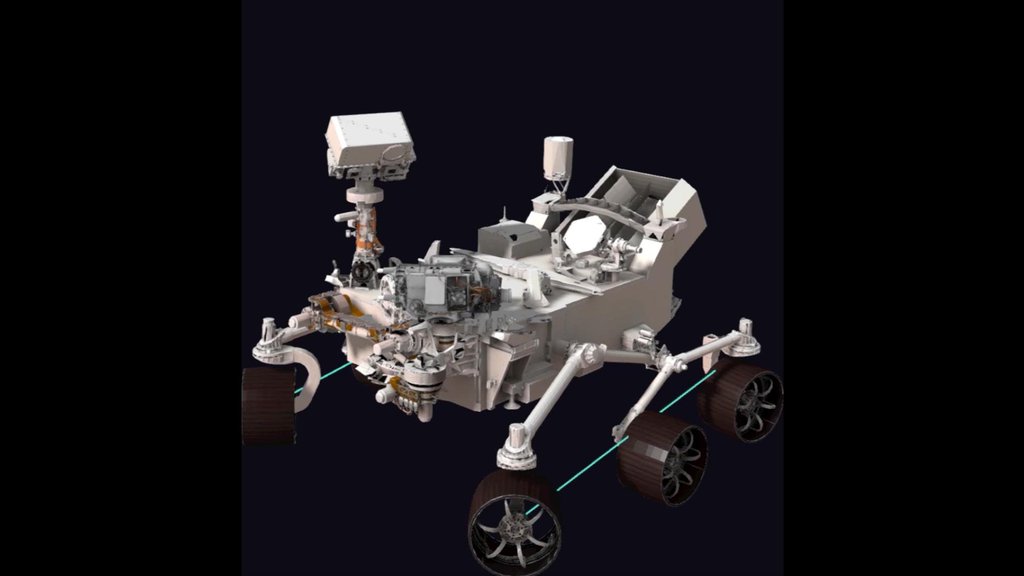 This simulation shows the motions the robotic arm on NASA's Perseverance rover carried out during its first two-hour checkout since its Feb. 18, 2021 touchdown on Mars. This simulation does not run in real-time.