Signs of a Martian Ice Age 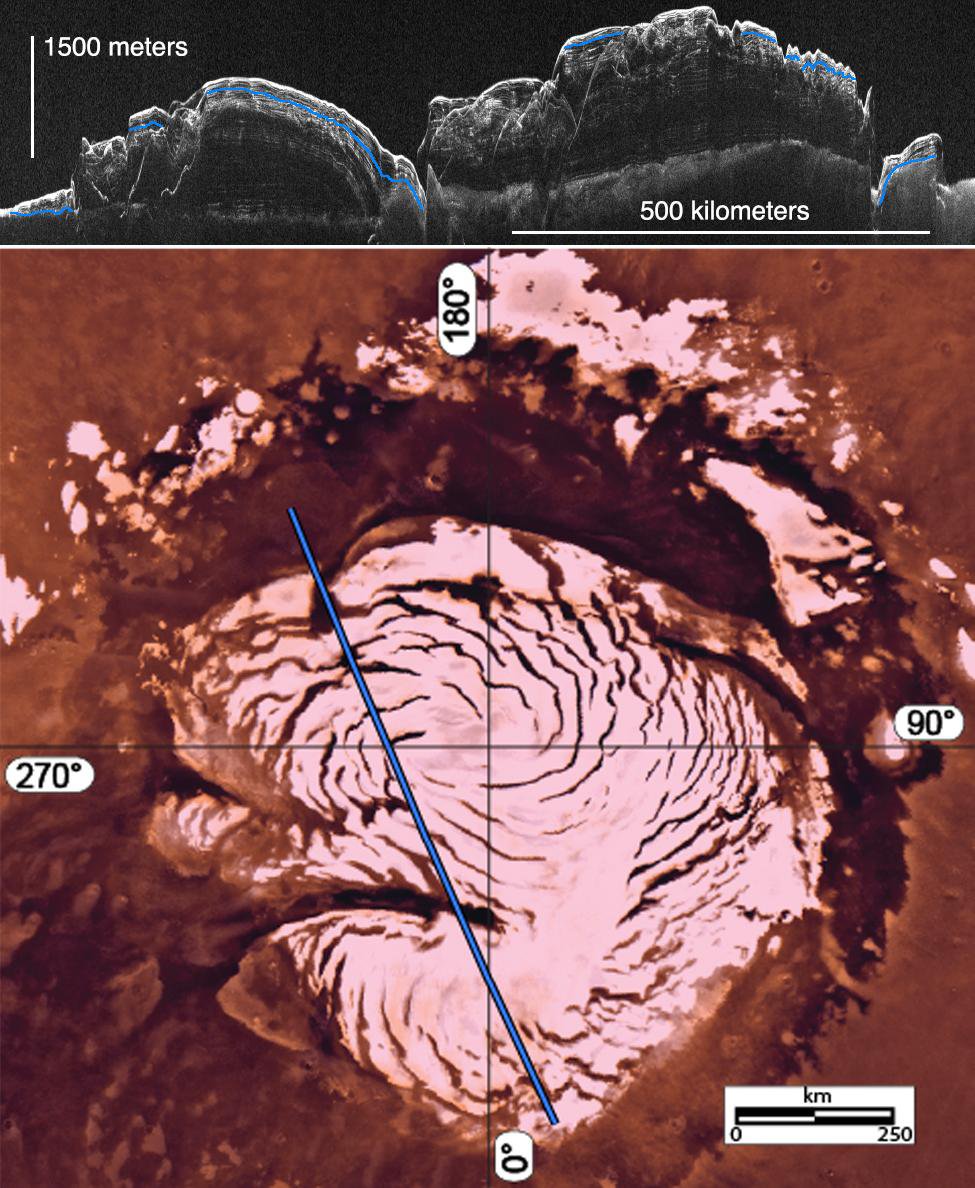 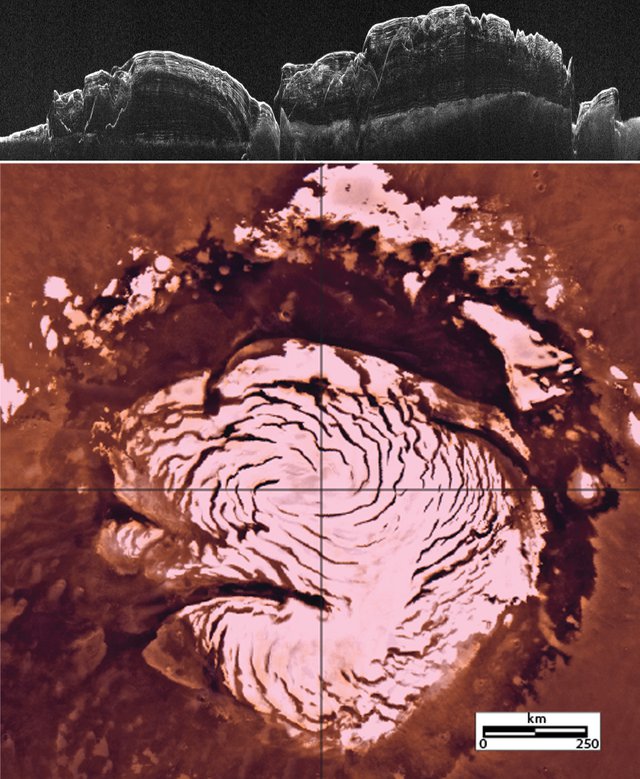 By analyzing radar images like the one at top, scientists discovered evidence for a past ice age in the northern polar ice cap of Mars.

The top 330 to 980 feet (100 to 300 meters) of layered ice in the polar deposits reveal a stark change in properties between layers representing an ice age and a subsequent inter-glacial period.

A blue line across the Viking map indicates the ground track of the radar cross section. Vertical height in the radar image has been exaggerated to improve the visibility of the layers.

SHARAD was provided by the Italian Space Agency. Its operations are led by Sapienza University of Rome, and its data are analyzed by a joint U.S.-Italian science team. NASA's Jet Propulsion Laboratory, a division of the California Institute of Technology in Pasadena, manages the Mars Reconnaissance Orbiter for the NASA Science Mission Directorate, Washington. Lockheed Martin Space Systems, Denver, built the spacecraft.