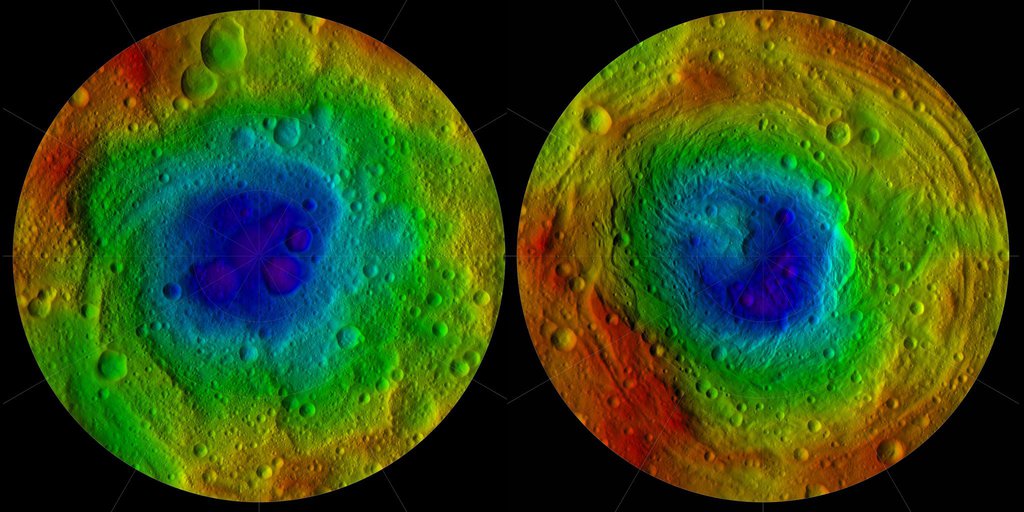 Click on an individual image for full resolution image
This image from NASA's Dawn mission shows the topography of the northern and southern hemispheres of the giant asteroid Vesta, updated with pictures obtained during Dawn's last look back. Around the time of Dawn's departure from Vesta in the late summer of 2012, dawn was beginning to creep over the high northern latitudes, which were dark when Dawn arrived in the summer of 2011.

The shape model was constructed using images from Dawn's framing camera that were obtained from July 17, 2011, to Aug. 26, 2012. The data have been stereographically projected on a 300-mile-diameter (500-kilometer-diameter) sphere with the poles at the center.