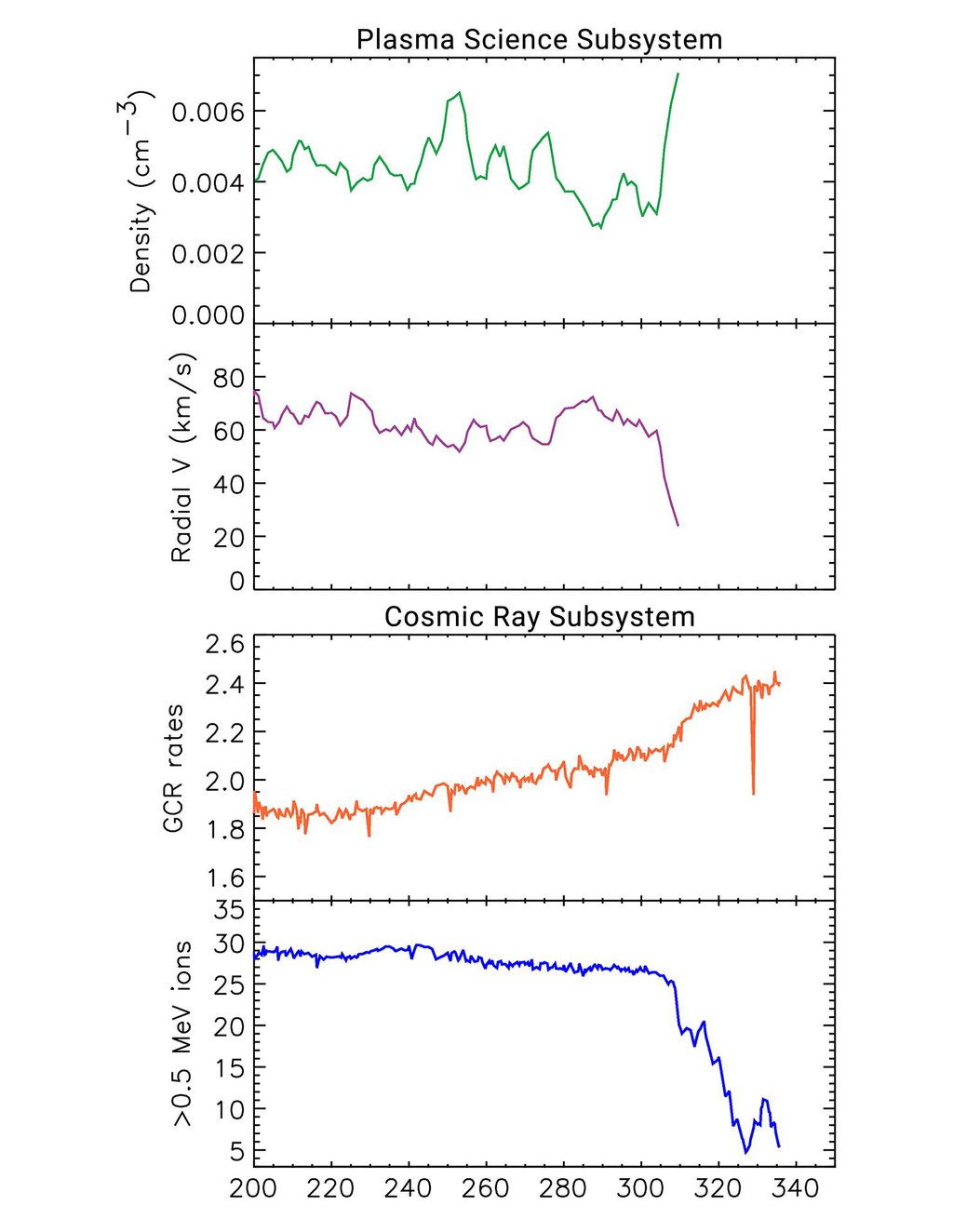 This set of graphs illustrates how data from two key instruments point to NASA's Voyager 2 spacecraft entering interstellar space, or the space between the stars, in November 2018.

The top two plots come from the plasma science experiment (PLS). The plasma -- or ionized gas -- of interstellar space is significantly denser than the plasma inside the bubble of plasma the Sun blows around itself (the heliosphere). There is a jump on the graph in November 2018. At the same time, the measurements show that the outward speed (radial velocity) of the plasma the Sun is blowing (also known as the solar wind) sharply decreased.

The bottom two plots come from the cosmic ray subsystem, which counts hits per second of higher-energy particles that originate from outside the solar bubble and lower-energy particles that originate from inside the solar bubble. The outsideparticles (also known as galactic cosmic rays or GCRs) increased and the inside particles (greater than 0.5 MeV) decreased at the same time the plasma science instrument detected its changes.

The horizontal axis proceeds according to the numbered days of the year in 2018.