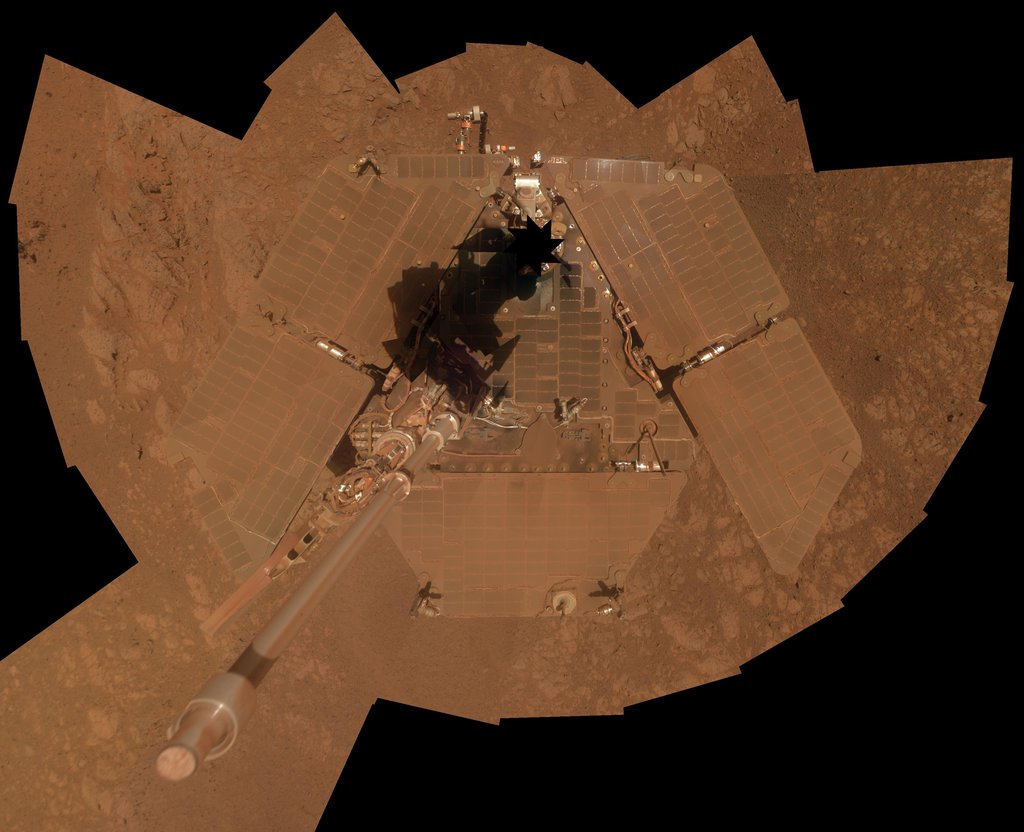 NASA's Mars Exploration Rover Opportunity recorded the component images for this self-portrait about three weeks before completing a decade of work on Mars. The rover's panoramic camera (Pancam) took the images during the interval Jan. 3, 2014, to Jan. 6, 2014, a few days after winds removed some of the dust that had been accumulating on the rover's solar panels.

This image is presented as a vertical projection. The mast on which the Pancam is mounted does not appear in the image, though its shadow does.