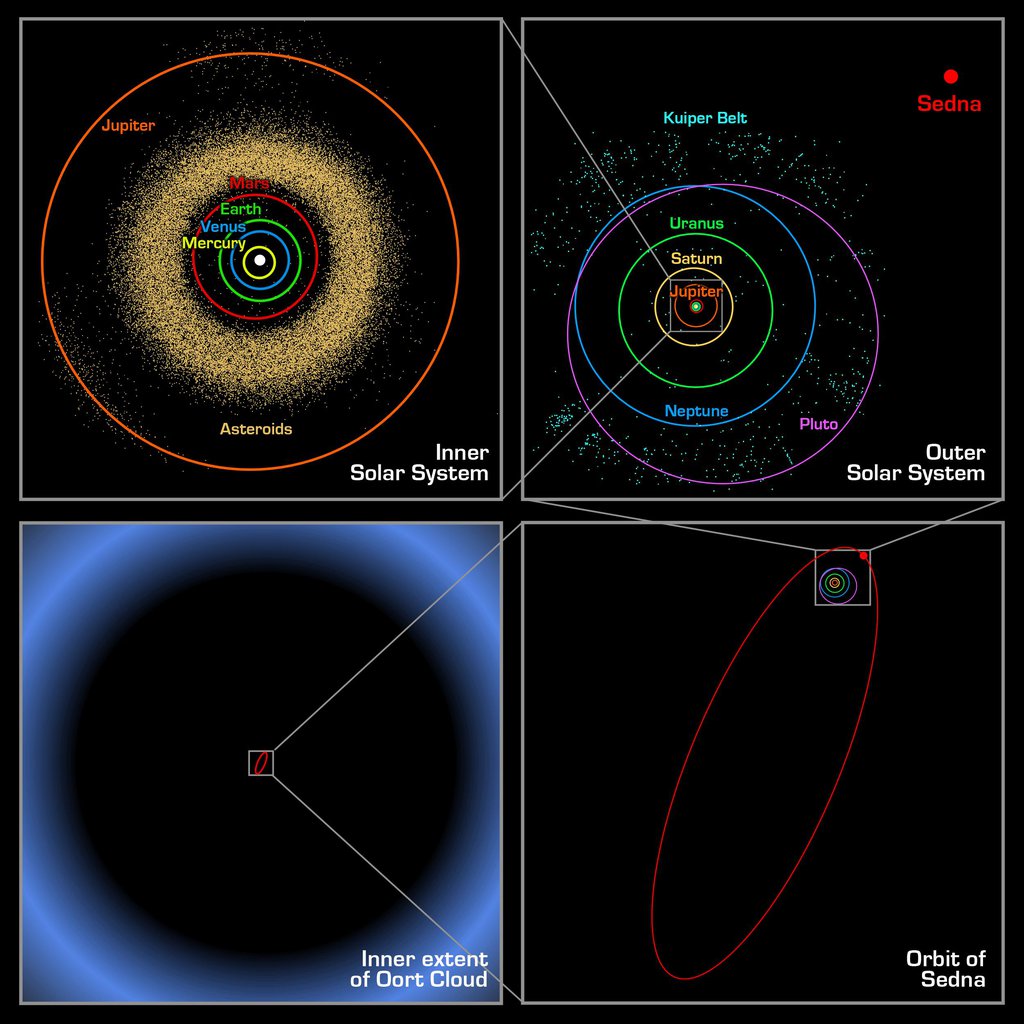 These four panels show the location of the newly discovered planet-like object, dubbed "Sedna," which lies in the farthest reaches of our solar system. Each panel, moving counterclockwise from the upper left, successively zooms out to place Sedna in context. The first panel shows the orbits of the inner planets, including Earth, and the asteroid belt that lies between Mars and Jupiter. In the second panel, Sedna is shown well outside the orbits of the outer planets and the more distant Kuiper Belt objects. Sedna's full orbit is illustrated in the third panel along with the object's current location. Sedna is nearing its closest approach to the Sun; its 10,000 year orbit typically takes it to far greater distances. The final panel zooms out much farther, showing that even this large elliptical orbit falls inside what was previously thought to be the inner edge of the Oort cloud. The Oort cloud is a spherical distribution of cold, icy bodies lying at the limits of the Sun's gravitational pull. Sedna's presence suggests that this Oort cloud is much closer than scientists believed.