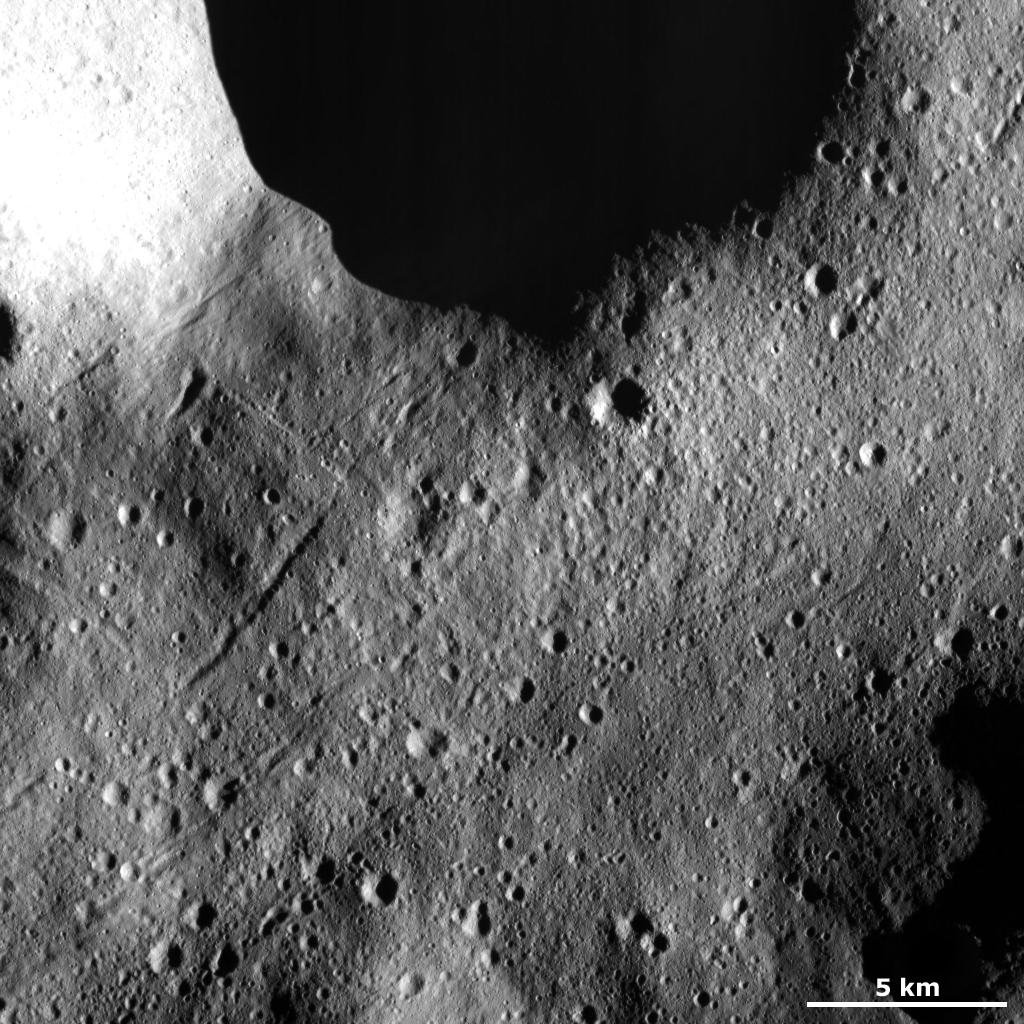 This Dawn Framing Camera (FC) image of Vesta shows many secondary crater chains on Vesta's surface. The secondary crater chains are made up of small craters, which are less than 1 kilometer (0.6 mile) in diameter, usually slightly overlap one another and are collected into linear structures that stretch for up to 10 kilometers (6 miles) in this image. These chains were most likely formed by material ejected from an impact into Vesta skipping across Vesta's surface and scouring the chains. They are called secondary crater chains because the material that forms them is ejected from a primary impact of material that originated in space. It is possible that the primary impact that formed some of these chains is the large, shadowed crater in the top of the image.

This image is located in Vesta's Domitia quadrangle, in Vesta's northern hemisphere. NASA's Dawn spacecraft obtained this image with its framing camera on March 16, 2012. This image was taken through the camera's clear filter. The distance to the surface of Vesta is 272 kilometers (169 miles) and the image has a resolution of about 25 meters (82 feet) per pixel. This image was acquired during the LAMO (low-altitude mapping orbit) phase of the mission.