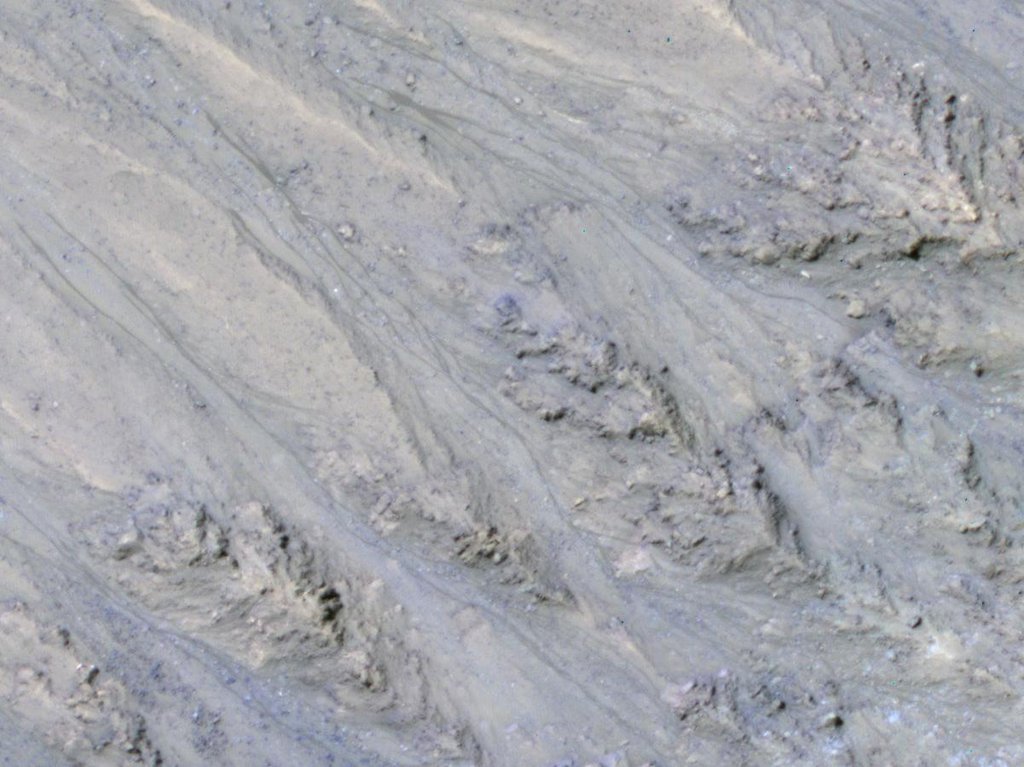 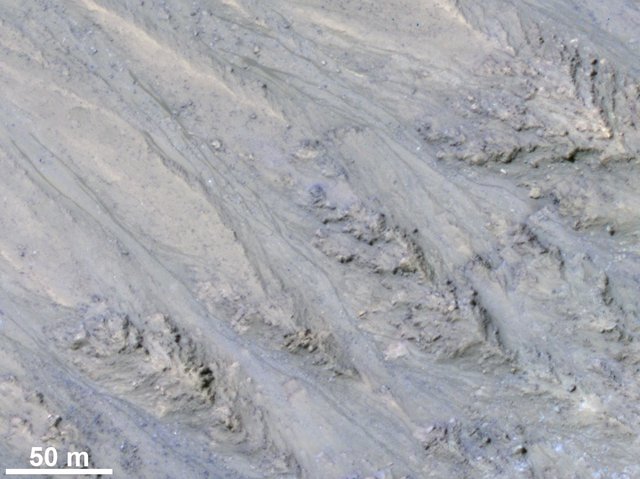 This inner slope of a crater on southern Mars has several of the seasonal dark streaks called "recurrent slope lineae," or RSL, that a November 2017 report interprets as granular flows, rather than darkening due to flowing water.

This 2011 view near the top of the southern rim of Tivat Crater comes from the High Resolution Imaging Science Experiment (HiRISE) camera on NASA's Mars Reconnaissance Orbiter. North is toward the top and the slope descends toward the northwest. The view spans an area about 1,000 feet (300 meters) wide. Figure 1 includes a scale bar of 50 meters (164 feet).

HiRISE began viewing Mars in 2006. Multiple observations of some sites resulted in discovery of RSL in 2011 and has confirmed many thousands of them at more than 50 sites, from equatorial to mid-latitude north and south.

These narrow, dark features appear in warm seasons, gradually extend downslope, fade away in winter and reappear the next year. On Earth, only seeping water is known to have these behaviors. Hydrated salts have been identified at RSL sites and RSL have previously been considered possible evidence of liquid water seeping down the slopes and darkening the ground.

The Nov. 20, 2017, report in Nature Geosciences uses analysis of the steepness of slopes where RSL appear, including these RSL at Tivat Crater. The RSL all end, downhill, at approximately the same slope, which is similar to the angle of repose for sand. That is, the flows do not extend to slopes shallower than where dry grains of sand or dust could slip downhill, as on the face of a dune. Seeping water should readily extend to shallower slopes.